Chinese-only establishments should be shut down – Pimentel 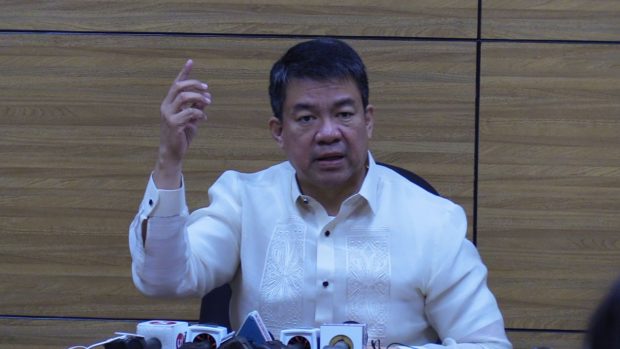 MANILA, Philippines — Establishments limiting themselves to serving Chinese customers is committing discrimination and should be shut down for violating the Constitution, reelectionist Sen. Aquilino “Koko” Pimentel III said Monday.

Pimentel issued the statement after a Chinese restaurant in Alabang, Muntinlupa, had been the subject of a viral post on social media for allegedly prohibiting Filipinos from its premises.

There have also been reports that several stores owned by Chinese businessmen in Makati and Pasay also do not welcome Filipinos.

For his part, Sen. Joel Villanueva, chair of the Senate Committee on Labor, noted that all establishments — whether micro, small, and medium enterprises (MSMEs) or owned by large corporations – must comply with Philippine laws with provisions on nationalities, such as the Retail Trade Law and the MSME Law.

“The Department of Trade and Industry should be monitoring the existence of these establishments and ensure they adhere with prevailing laws and regulations,” Villanueva said.

Villanueva said, however, that using only Chinese language in business transactions was not necessarily a violation of the law.

“But it makes you wonder though: If you’re a Chinese store operating in a country that speaks two other languages, English and Filipino for that matter, how are you supposed to communicate to your clients who want to patronize or try your products, but cannot understand the way you are describing your products? For some who would feel that it’s being disrespectful, can you blame them?”