MANILA, Philippines — Prosecutors from the Department of Justice (DOJ) has indicted website administrator Rodel Jayme on inciting to sedition charge in relation to Republic Act 10175 or the Cybercrime Prevention Act.

Jayme is the administrator of the website metrobalita.net where the “Ang Totoong Narcolist” video series has been uploaded.

The website is also included in the matrix on law organization, members of the media allegedly involved in the plot to oust President Rodrigo Duterte.

“By creating a website and subsequently posting videos that allege the involvement in the drug trade and the receipt of pay-offs of the President of the Philippines and members of his family, including the President’s minor daughter, is not an exercise of his freedom of speech and expression, but a clear act to arouse among its viewers a sense of dissatisfaction against the duly constituted authorities,” read the resolution.

“These are acts against public peace and are criminal in nature as they tend to incite to a breach of the peace and are conducive to the destruction of the very government itself,” it added.

The series of videos posted on Jayme’s website was also published in various social media and eventually picked up by the media — print, broadcast and online.

“It widens the tendency to produce dissatisfaction or a feeling of incompatible with the disposition to remain loyal to the government. These are clearly seditious libel that could be subjected to criminal prosecution,” the resolution further stated.

The Cybercrime Prevention Act came into play concerning the imposition of the penalty in case the accused is found guilty, DOJ prosecutors explained.

Earlier, Jayme admitted creating the website but maintained that his participation ends there. He said he has no clue that it will be used for such content.

He said he was only informed that the website will contain the accomplishments of the Liberal Party. /ee 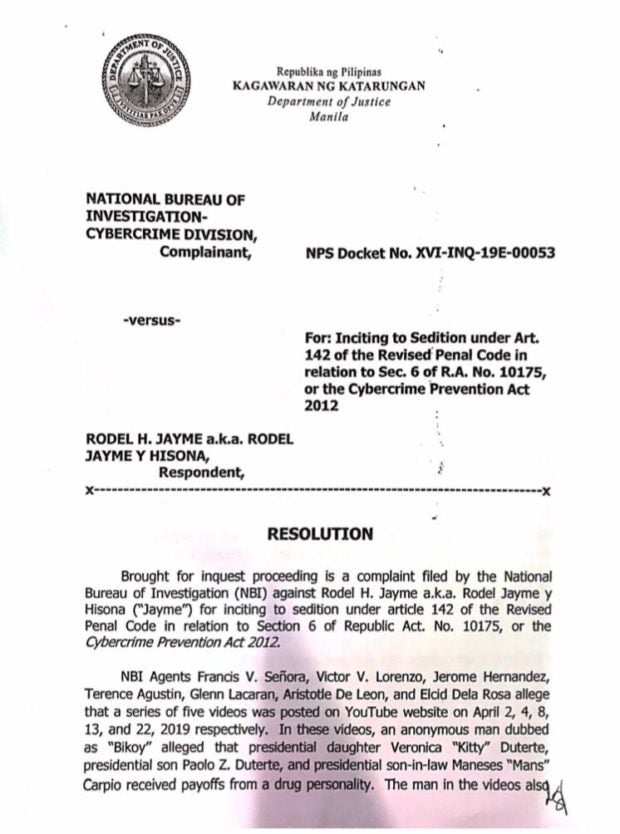 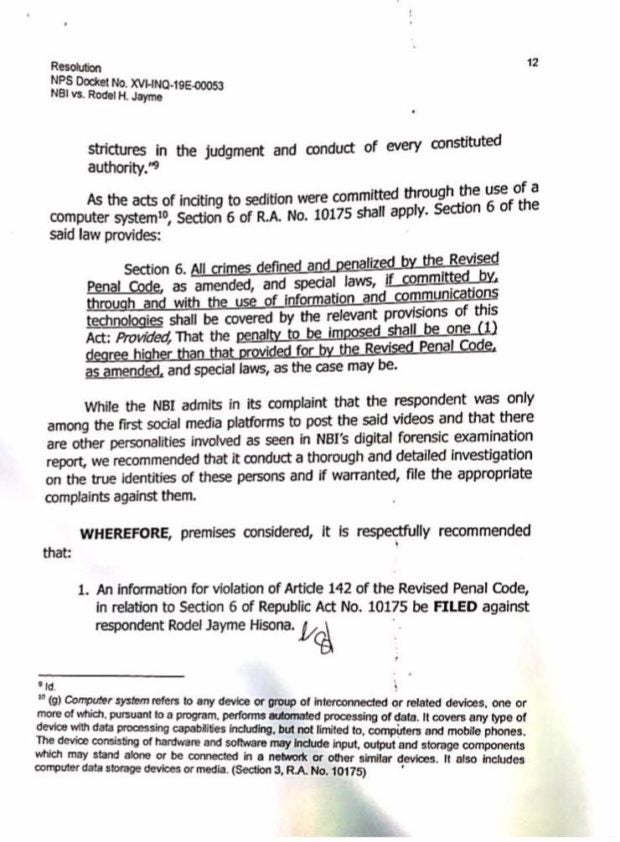