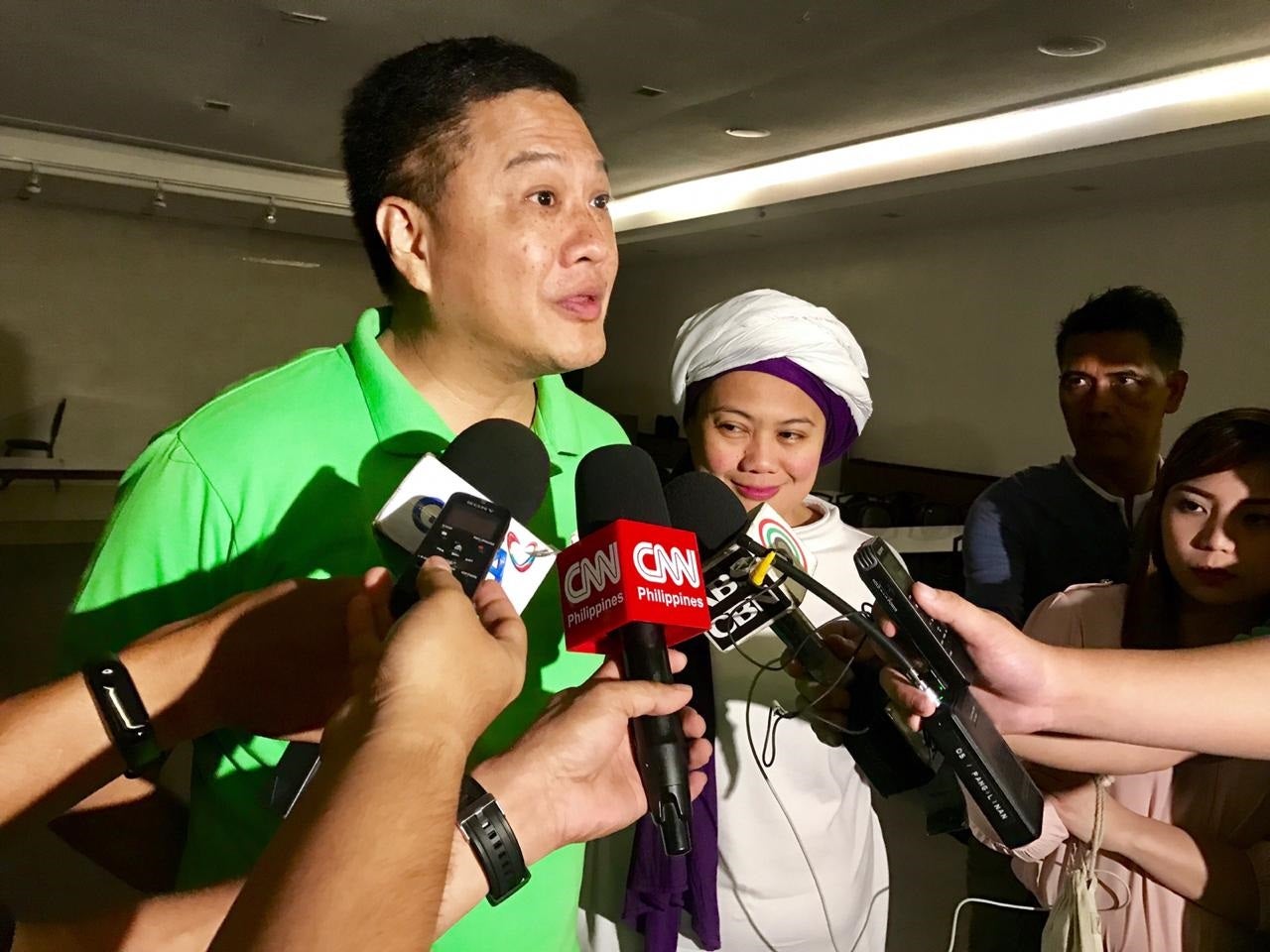 “Honorable way pa rin,” Gutoc, a Marawi civic leader said in an interview before she and Tañada had a breakfast-dialogue with members of the UNI Global Union Philippines Liaison Council, composed of 11 labor groups from various sectors, in Ermita, Manila and the National Trade Union Center.

“Ako nasisiyahan ako sa survey… for the first time ako, I hit beyond 50 percent which is an improvement of the survey the month before,” the former House deputy speaker said, adding that the slate and their volunteers would intensify their movement in the remaining 11 campaign days.

Gutoc hit candidates who did not attend public fora and debates and yet topped a pre-election survey.

“Candidates who do not appear in debates do not lend dignity to the elections. You think that you can shortcut the process, you’re on top of the survey, you think you can buy people and I think you do, you’re buying the election process when you do not appear and give credence to arguments, to issues, to platforms,” she said.

Pulse Asia’s April survey showed that Otso Diretso bets continue to lag behind in the senatorial race, with only reelectionist Sen. Bam Aquino making it to the survey’s list of probable winners.

Of the probable winners, 10 are running under the Hugpong ng Pagbabago coalition, while one is running as an independent candidate (Poe). The other three are running under three different political parties – the Nationalist People’s Coalition (Lapid), the United Nationalist Alliance (Senator Nancy Binay), and the Liberal Party (Aquino).

Senator JV Ejercito, one of  Hugpong bets in  the Magic 12 of the survey, is also part of the NPC.

Despite the poor standing of Otso Diretso candidates, its campaign manager Sen. Francis “Kiko” Pangilinan, remains hopeful that the slate could pull off a “surprise victory” on the May 13 midterm polls. /cbb