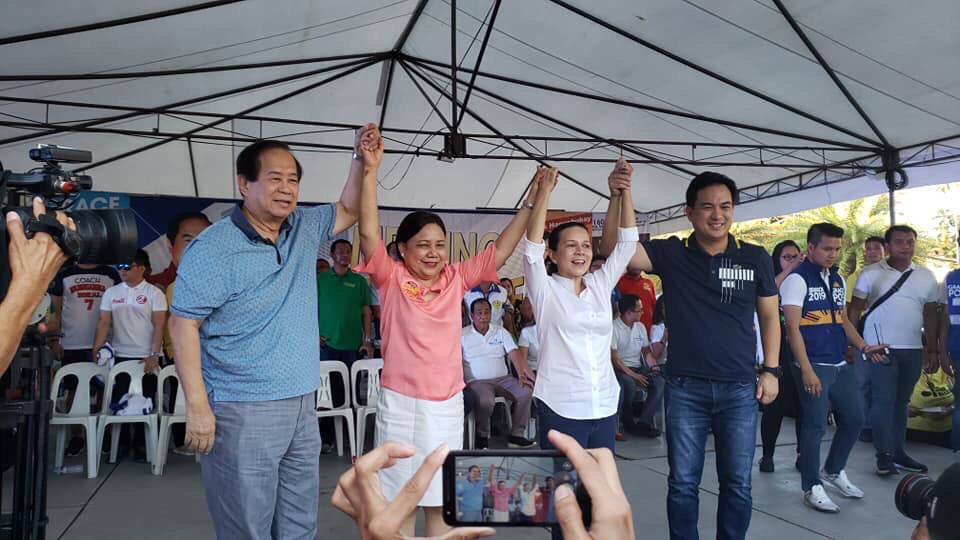 Headline changed at 1:00 p.m., April 30, 2019, to indicate Poe sharing the lead with Villar since the point difference between voters’ preference for them was within the margin of error, putting them in a statistical tie.

Villar and Poe shared the 1st and 2nd places, with 51.7 and 50.5 percent of votes, respectively, Pulse Asia’s April 2019 “Ulat ng Bayan Survey” said. The poll results came barely two weeks before the May 13 midterm elections, and with 11 campaign days left for the contenders.

With his voter preference of 45.7 percent, former Sen. Lito Lapid found himself in 3rd to 4th places. He was followed by Taguig City Rep. Pia Cayetano at the statistical ranking of 3rd to 6th places with 43.9 percent voter preference rate.

Close behind Cayetano are former Special Assistant to the President Christopher Go (40.8 percent) who is ranked 4th to 8th and Senator Juan Edgardo Angara (40.4 percent) who has a statistical ranking of 4th to 9th places.

Only Aquino of LP and the Otso Diretso opposition slate made it to the poll’s “Magic 12.” Opposition’s Mar Roxas was out of the top 12 and figured in the survey’s 14th to 17th rank.

Pulse also said only about one out of every three voters or 35 percent has a complete senatorial slate for the May 13 midterm elections.

The survey, conducted April 10-14, 2019, was based on a multistage probability sample of 1,800 likely voters 18 years old and above. Pulse Asia’s nationwide survey has a ± 2.3 percent error margin at the 95 percent confidence level.  /cbb 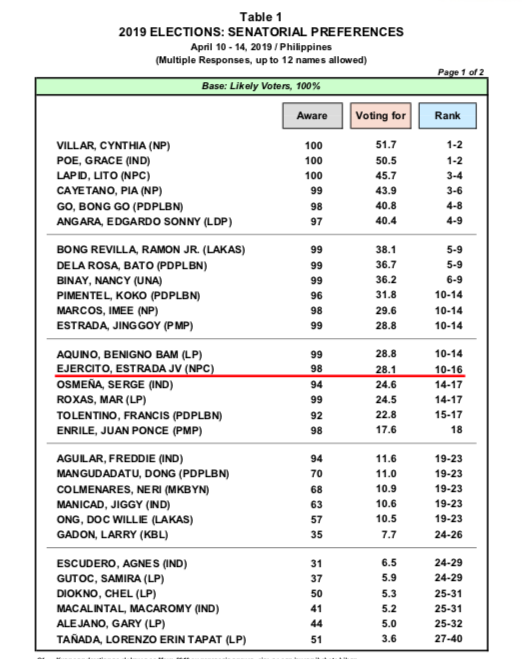 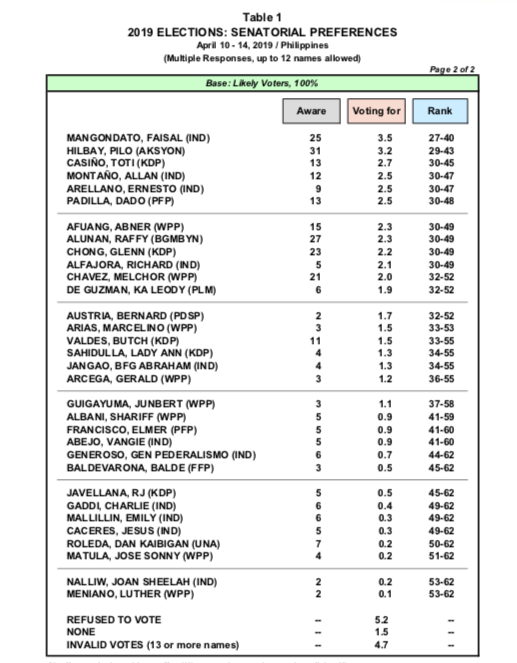