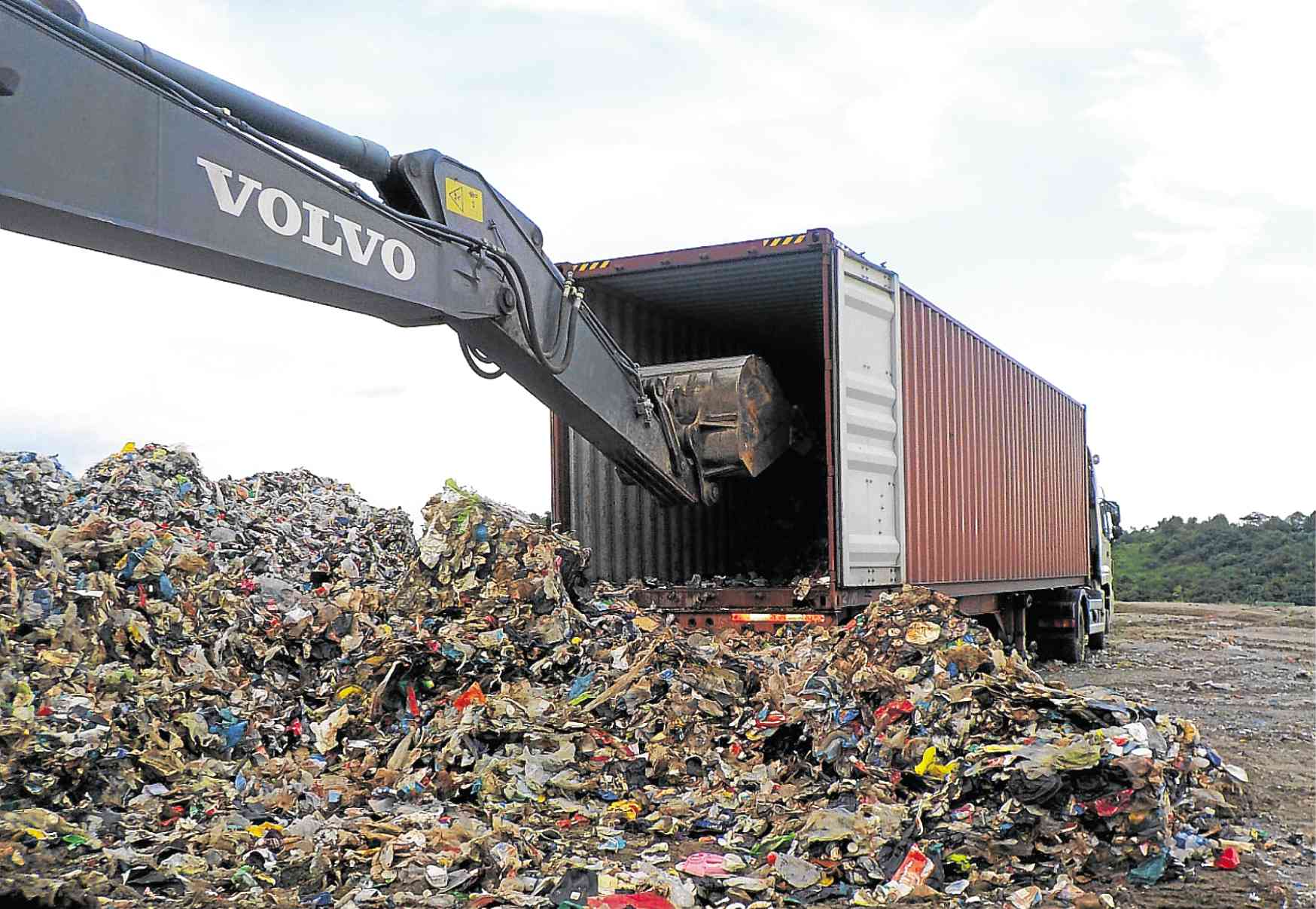 MANILA, Philippines — Coinciding with the observance of Labor Day, labor groups on Wednesday urged the Canadian government to take back their garbage dumped in the country.

In a statement, the EcoWaste Coalition cited the common stand of some labor groups in urging Canada to take back the trash intercepted in the country by the Bureau of Customs in 2013 and 2014. The mixed garbage was then declared as “recyclable scrap plastics.”

“Canada should take back their garbage and stop exporting pollution. To prevent waste dumping from recurring, we call on the Department of Environment and Natural Resources (DENR) to revoke current policy that promotes trade of hazardous wastes and other wastes,” said Leody de Guzman, chairman of Bukluran ng Manggagawang Pilipino, in the statement.

De Guzman, a senatorial candidate in the midterm polls, said the policy is partly to be blamed for the entry of hazardous wastes disguised as recyclable materials into the country’s ports.

“It is immoral and unjust for rich countries to dump their rubbish in developing countries like the Philippines, which is facing a lot of challenges managing its own trash,” he said in the same statement.

Alan Tanjusay, spokesperson of Associated Labor Unions – Trade Union Congress of the Philippines said Canada’s immediate action on taking back its trash will show its sincerity toward the effective implementation of the Basel Convention, a multilateral environmental agreement, of which Canada is a party.

The EcoWaste Coalition said it recently wrote to DENR Secretary Roy Cimatu proposing that “the Philippines should join China and other countries in banning the importation of foreign waste, particularly plastic and electronic wastes, in the interest of protecting the people’s health and the environment.”

“President Duterte’s ratification of the Basel Ban Amendment amid the successive waste dumping  incidents involving countries like Canada and South Korea will demonstrate our government’s resolve to protect our country against the adverse impacts of hazardous waste trade to the environment and our people’s lives,” said Aileen Lucero, national coordinator of the EcoWaste Coalition.  /muf

Duterte to Canada: Take trash back or else I’ll declare war

Canadian envoy: ‘We are working as quickly as we can’ on trash take back