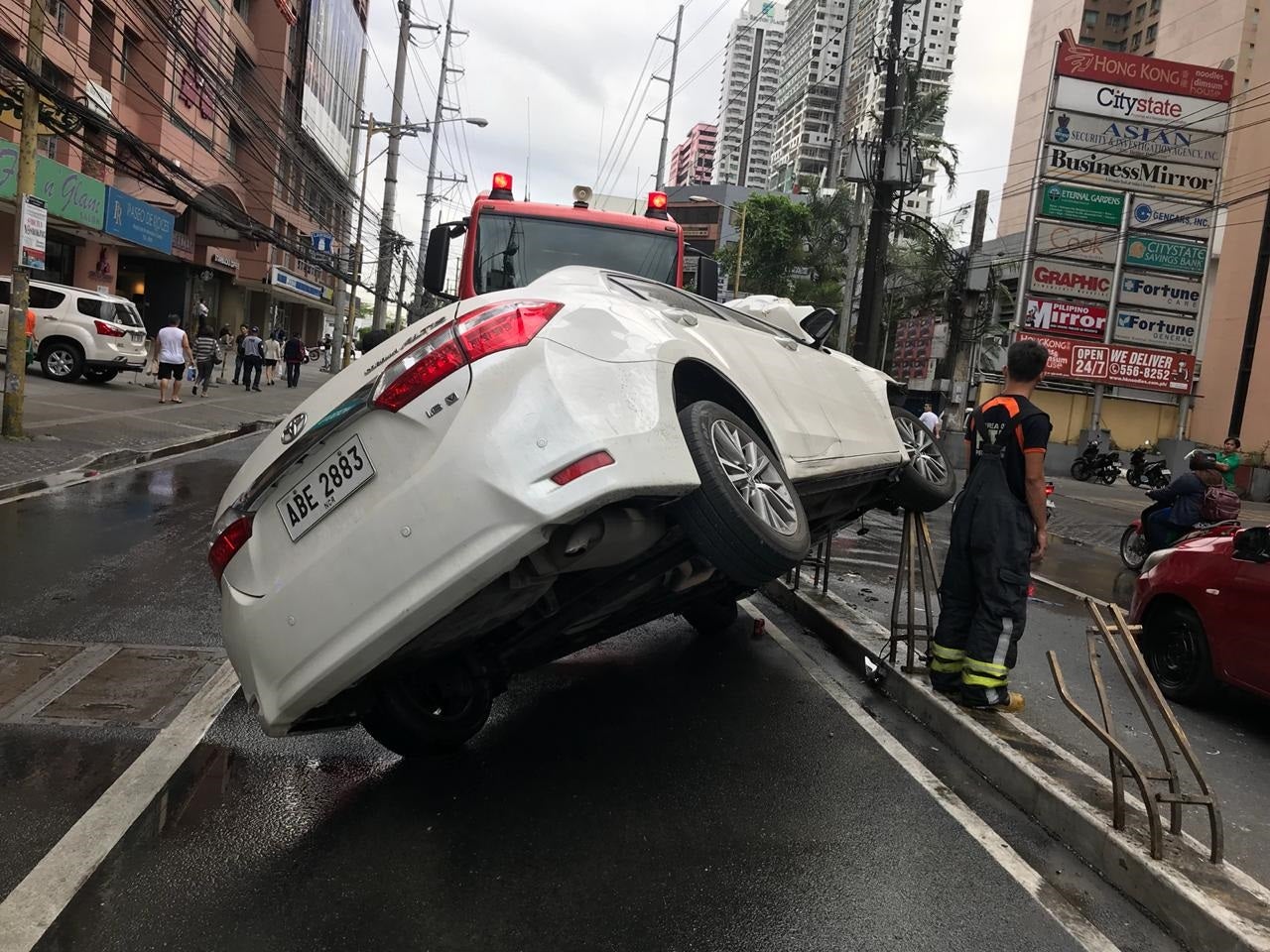 The Toyota Corolla Altis driven by Roman Mayo teeters on two wheels after plowing through a metal lane separator along Chino Roces Avenue in Makati City on May 1, 2019. INQUIRER.NET / CATHRINE GONZALES

That was how police described an incident where a car driven by a law student plowed into metal railing in Makati City early Wednesday morning.

Initial investigation showed that a Toyota Corolla Altis (ABE 2993) tried to overtake another vehicle but ended up crossing to the opposite lane and ramming the railing.

The Altis was cruising along Chino Roces Avenue from the direction of Arnaiz Avenue heading toward Gil Puyat Avenue (formerly Buendia) when the accident occurred near the corner of Dela Rosa Street at about 4 a.m., said Roberto Artus, of the Makati City Public Safety Department.

According to Simon, Mayo told the police that he was “nakainom” (had a few drinks) before the incident.

A man allegedly under the influence of liquor accidentally rammed his vehicle into road railings in Makati City early Wednesday morning. | @CGonzalesINQ pic.twitter.com/G6KiQ2mKrq

Mayo was reportedly unhurt despite his car tearing through about three to four meters of the steel railing that separated the opposite lanes of Chino Roces.

The Makati police director said the driver declined to be brought to the hospital.

Personnel of the Bureau of Fire Protection responded to the scene to clear the road of gasoline that could have leaked during the accident.

Jerome Jacob Ravello, of the city’s Public Safety Department, said the driver could face a charge of reckless imprudence resulting to damage to property and one for violating the Anti–Drunk and Drugged Driving Act of 2013. /cbb 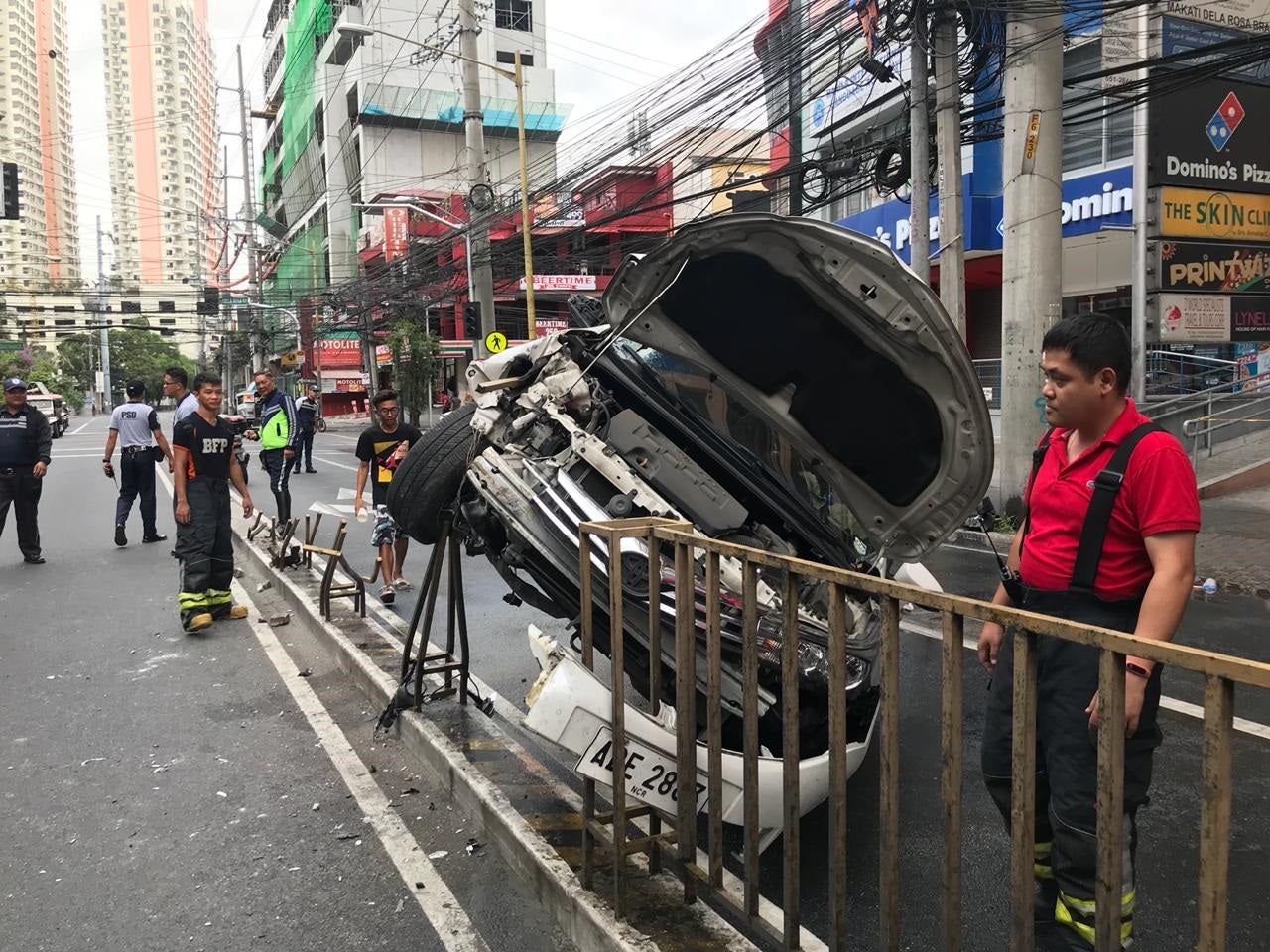 The Toyota Corolla Altis driven by Roman Mayo shows what remains of steel road railing after the vehicle plowed through it along Chino Roces Avenue in Makati City on May 1, 2019. INQUIRER.NET / CATHRINE GONZALES