MANILA, Philippines — Barely two weeks before the May 13 midterm elections, Sen. Francis “Kiko” Pangilinan remains hopeful that the opposition coalition’s Otso Diretso Senate slate could pull off a surprise victory,  saying “hindi pa tapos ang boxing (the fight is not yet over).”

The opposition slate’s campaign manager said this Tuesday after Pulse Asia’s April survey showed that Otso Diretso bets continue to lag behind in the senatorial race, with only reelectionist Sen. Bam Aquino making it to the survey’s list of probable winners. 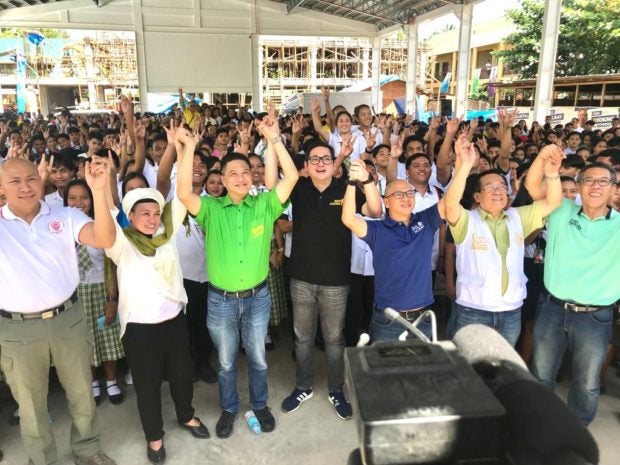 The poll results also came just days before the campaign period ends on May 11.

The Liberal Party stalwart also said he believes that the voters, in the end, would reject corrupt and dishonest candidates.

Of the probable winners, 10 are running under the Hugpong ng Pagbabago coalition, while one is running as an independent candidate (Poe).

Meanwhile, Makabayan senatorial candidate Neri Colmenares, who ranked 19th to 23rd with a 10.9 percent voter preference rate, was also positive that his ratings have increased despite having no television or radio advertisements during the survey period.

“This shows that our people are considering candidates not only on the basis of popularity or name recall but on more important criteria, like track record, platforms, and one’s stand and actions on the burning issues of the day. I expect my numbers to pick up dramatically in the next two weeks,” Colmenares added. /gsg