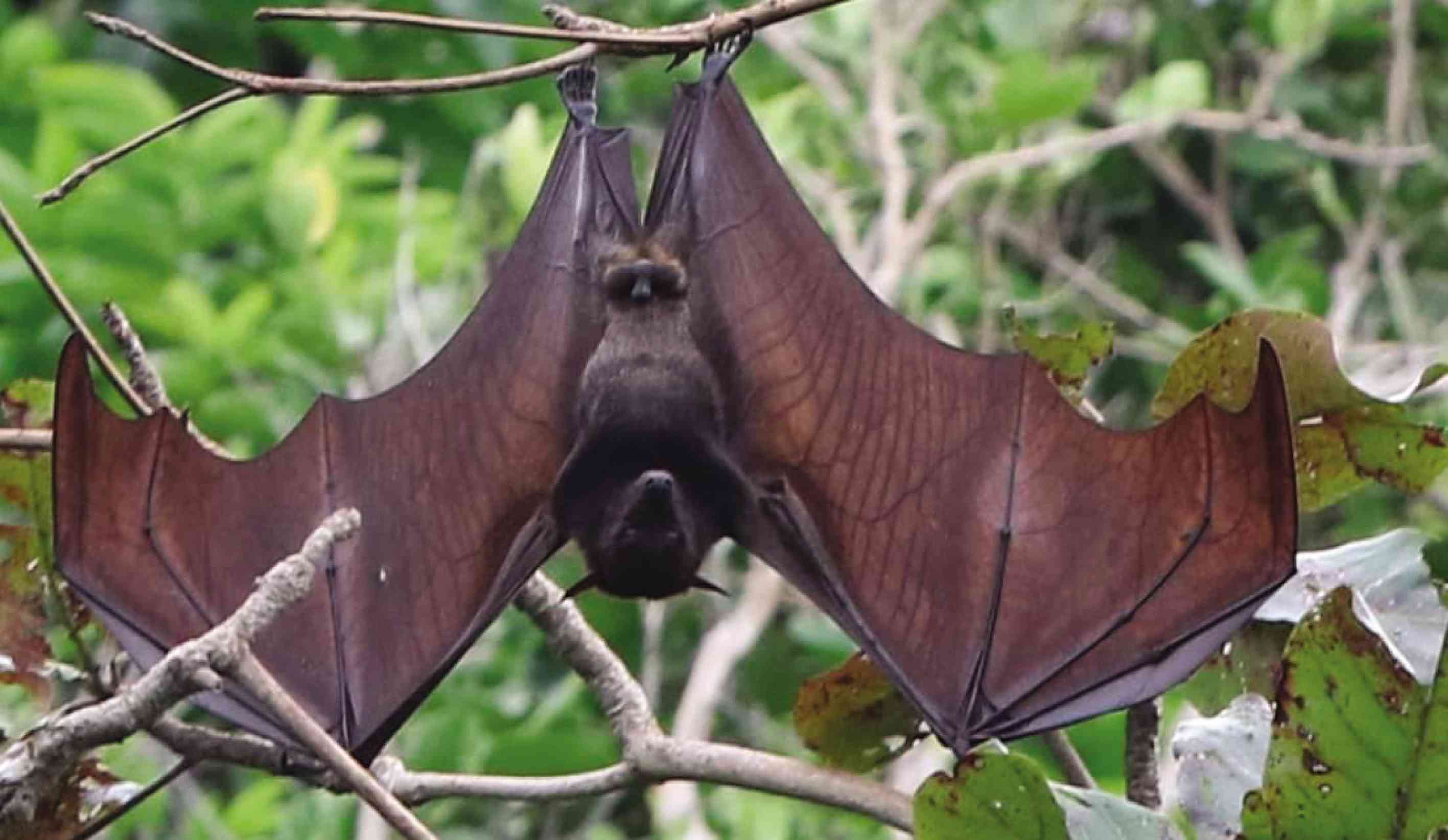 ENDANGERED The golden-crowned flying fox (Acerodon jubatus), an endangered species, is one of three bat
species in Boracay. —PHOTO FROM FACEBOOK PAGE OF FRIENDS OF THE FLYING FOXES

ILOILO CITY, Philippines — The number of endangered fruit bats in Boracay has dropped sharply, even after the six-month closure of the resort island for rehabilitation last year, according to a conservation group.

“We in FFF are now more concerned than ever, as we have seen a significant drop in the number of bats and we fear that this is a result of the bulldozing of the main roost site in 2017,” the group posted on its Facebook page.

Historically, the recorded count is at its highest during summer, but it is very low this year, the group said.

Conservationists have identified three bat species in Boracay, including the golden-crowned flying fox (Acerodon jubatus), which is endemic to the Philippines and categorized as among the endangered species worldwide on the International Union for Conservation of Nature Red List.

The forest near Puka Beach in Boracay’s Barangay Yapak is home or roosting site for the flying fox, so-called because it looks like a winged fox.

The fruit bats perform critical roles in the ecosystem not only of Boracay but also of Panay Island. They pollinate many plants and fruit-bearing trees and keep the insect population under control, according to conservationists.

Their flight from the island to the Aklan mainland during sunset has also become a tourist attraction.

FFF has blamed tourism-related construction and other activities near the bats’ habitat in Yapak for the continued drop in their number.

In July 2018, the Department of Environment and Natural Resources (DENR) ordered Mabuhay Maritime Express Inc., a developer, to stop clearing a forested area near the roosting site. It fined  the company for cutting down about 70 trees within a 500-meter stretch of the forest without a permit.

The developer had applied for a permit with the DENR to cut the trees for a road connecting the property to the beach, but it bulldozed the area even while its application was pending approval.

The clearing of the forest was made without an environmental compliance certificate (ECC) from the DENR. An ECC certifies that a project or activity will not pose environmental hazards or damage and that its proponents are capable of implementing measures to protect the environment.

FFF said the bulldozing and the  tree-cutting in 2017 was affecting the fruit bats this year.

“At that time, June 2017, the bats had already moved to the Habagat roost site from the area that was bulldozed and so there was no effect on the count in 2017.  The following year, 2018, when the bats returned to have their babies in that roost site (from) April to June during the closure, their roosting trees were already gone and we fear that the stress of that is the result we see today,” the group said.

FFF and other conservationists have called on the national government to declare parts of Boracay, especially the bats’ roosting site, as a wildlife sanctuary and protected area.

They said the bats need a buffer zone of 200 meters around their roosting site so that human activity, especially loud noises, will not disrupt their sleeping and mating patterns.

Environment Secretary Roy Cimatu earlier said certain areas in the country’s prime tourist destination, including the roosting and feeding areas of the bats, would be established as “critical habitat” to restrict tourism and construction.

FFF said the establishment of protected areas should be rushed.

“We also wonder what’s taking the government so long to establish the promised protected areas for both the bats and the marine life?! What happened to working toward sustainable ecotourism, if we can’t even protect the forests of a worldwide endangered fruit bat and our beautiful reefs?” it asked.

The government closed Boracay to tourists from April 26 to Oct. 25 last year for  rehabilitation after President Duterte described the island as a “cesspool” because of brazen violations by establishments of environmental and zoning laws, including the dumping of sewage into the sea.