Gutoc to Duterte: Be fair to Rappler, Maria Ressa 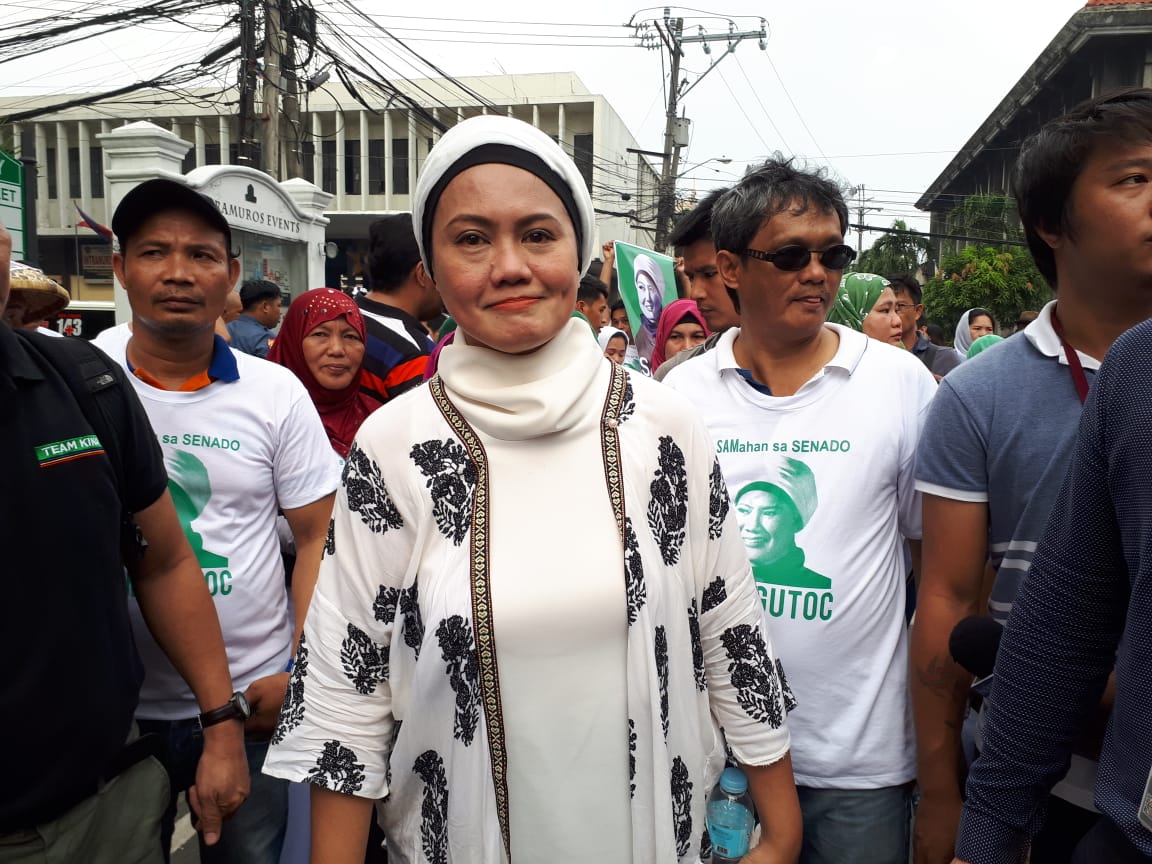 “The detention of Rappler’s Maria Ressa sends a chilling message to all critics of the government,” Gutoc, a former journalist, said in a statement.

“I call on President Duterte to be fair to Ressa and not send the wrong signal, not only to the whole country, but to the entire world as well that legitimate dissent in the Philippines is punitively punished,” the opposition senatorial candidate said.

In a press conference, Presidential Spokesperson Salvador Panelo said the President had nothing to do with Ressa’s case because it was filed by a private citizen.

The Magdalo party-list meanwhile assailed Ressa’s arrest over “flimsy charges,” branding it as a move that could put the country’s democracy and press freedom in peril.

“The arrest of Maria Ressa from Rappler over flimsy charges is a clear brazen attack on press freedom. Our government has never hesitated to silence its critics and jail its citizens who have been critical of its illegal or immoral actions,” the Magdalo group said in a statement.

The party-list also backed Ressa’s argument that the cyber libel charge was baseless.

Former Solicitor General Florin Hilbay for his part condemned the “outrageous” arrest of the award-winning journalist who has been critical of the Duterte administration.

Ressa was arrested past 5:00 p.m. on Wednesday by elements of the National Bureau of Investigation. She stayed the night at the NBI after she was not allowed to post bail.

The Department of Justice earlier green-lighted the filing of cyberlibel case against Ressa in relation to the complaint filed by businessman Wilfredo Keng. Keng was the subject of an article titled “CJ using SUVs of controversial businessman” — “CJ” referring to then-Supreme Court Chief Justice Renato Corona, who was then under an impeachment trial.

In Keng’s complaint against Rappler, it said the article “contained malicious imputations of crimes, with bad intentions, purposely to malign, dishonor and discredit my character and good reputation” of the businessman.

The businessman said he asked Rappler to take down the article but it remained online and was even updated on Feb. 19, 2014, which became the basis of his filing of cyberlibel against Ressa and the news agency.

READ: Businessman on Ressa’s arrest: ‘No one is above the law’

But Ressa argued that she could not be accused of cyber libel because the cybercrime law was not yet in effect when the story was published on May 29, 2012.