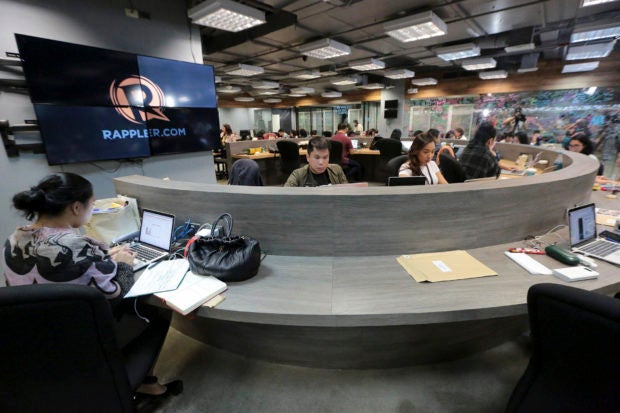 MANILA, Philippines — Rappler slammed the arrest of its chief executive officer, Maria Ressa, for cyberlibel, saying it would not intimidate their reportage.

“If this is another of several attempts to intimidate us, it will not succeed, as past attempts have shown,” the online news website said in a statement on Wednesday.

“The filing of the case is preposterous and baseless,” Rappler said. “No less than NBI [National Bureau of Investigation] Cybercrime Division chief Manuel Eduarte closed an investigation in February 2018 after finding no basis to proceed, given that the one-year prescriptive period had lapsed.”

“Eight days later, however, the NBI revived the case, and filed it with the Department of Justice on the basis of a theory they call continuous publication,” the news agency added.

Rappler also denied that Ressa was accused of cyberlibel because she was the editor of the story caused the complaint.

Ressa’s arrest also posed a dangerous threat to “anyone — not just the media — who publishes anything online perennially in danger of being charged with libel,” Rappler noted.

The news agency added the arrest could be an “effective tool of harassment and intimidation to silence critical reporting on the part of the media.”

Last week, the Department of Justice approved the filing of the cyberlibel case against Ressa and Rappler reporter Reynaldo Santos Jr.

The case stemmed from the complaint filed by businessman Wilfredo Keng, who was the subject of an article titled “CJ using SUVs of controversial businessman” — “CJ” referring to then-Supreme Court Chief Justice Renato Corona, who was then under an impeachment trial.

Keng denied the allegation and requested that the article be taken down. /atm