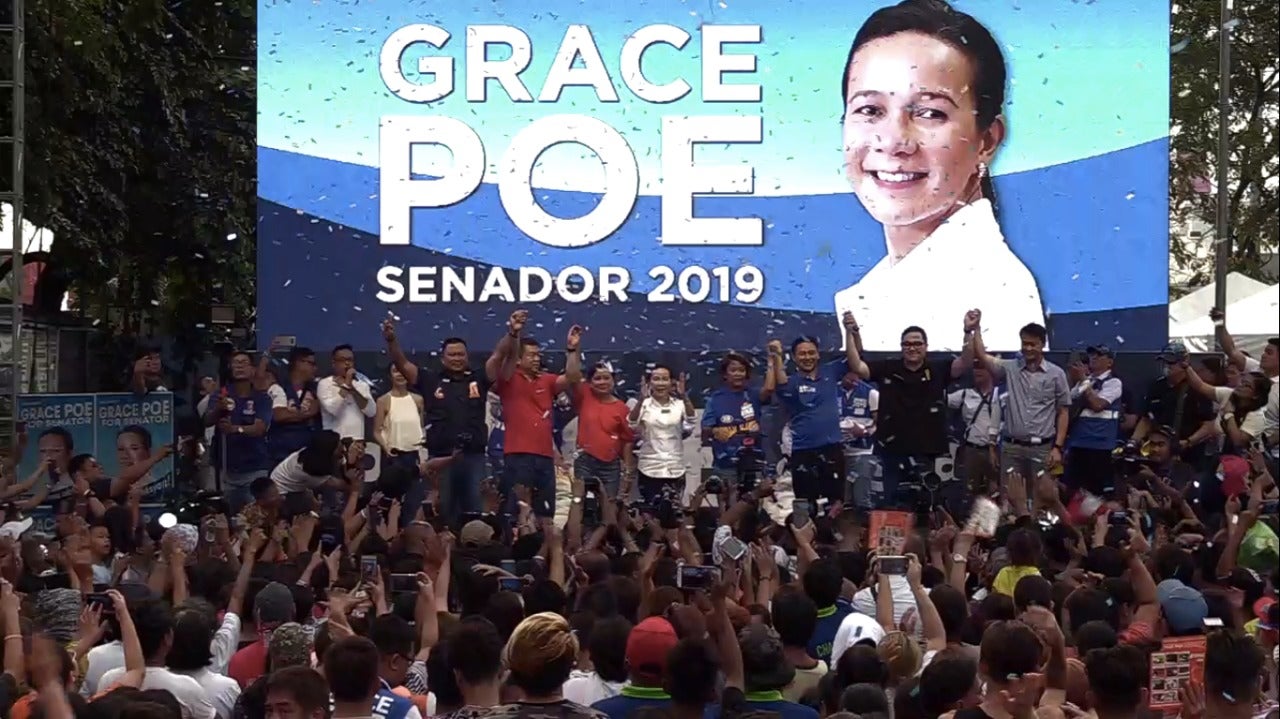 MANILA, Philippines — Re-electionist senators lightened the mood at a campaign rally in Tondo, Manila on Tuesday with jokes and songs.

Senator Bam Aquino was invited but was not able to join the rally as he was at opposition slate’s campaign sortie in Naga City in Camarines Sur on the same day.

Aside from airing their platforms and appeals for vote, all candidates came prepared with a joke or two for the crowd.

The day before V-Day

Love was in the air during the event as Angara and Pimentel were both accompanied by their wives.

At one point, Pimentel called her wife, chef Kathrina Yu-Pimentel, to the stage so they can serenade the crowd with a love song: “Endless Love.”

“Tawagin ko yung aking misis, para mag-duet kami (I will call my wife so we can sing a duet),” he said.

Meanwhile, Angara joked that his wife, Tootsy, surprised him with her presence a day before Valentines’ day.

“Ginulat po niya ko, di ko akalain na dadating siya, dahil sa pagmamahal nandirito siya (She surprised me. I didn’t know she is coming. Because of love, she is here),” he said as his wife joined him on stage.

Some senators even poked fun at themselves during their short time on stage.

Ejercito recalled his encounter with some supporters regarding his looks.

“Sabi ko ‘Hindi talaga ako telegenic pero mas mabuti na yung gwapo sa personal diba? Tama ba (I said I am not really telegenic, but it is better to be handsome in person, right)?” he added.

Villar took a different spin on livelihood and even mentioned her husband, Manny.