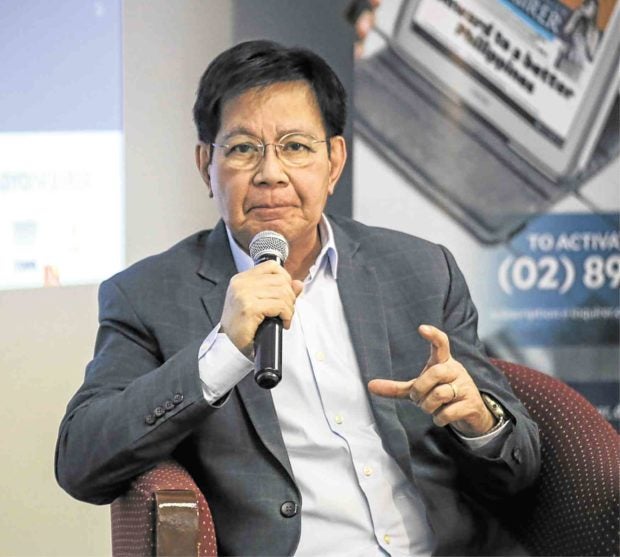 Sen. Panfilo Lacson on Thursday reiterated his proposal for the police to suspend permits to carry firearms outside residences, saying people’s view of individuals who tote guns should change.

He said opposition to his proposal was expected, as well as support from groups opposed to gun violence.

Lacson defended his idea, saying the “logic is as simple as it is rational.”

“We have to change the mindset of the public as regards their attitude toward persons brandishing guns in public places,” he said.

Anybody with a gun should be thought of as having ill motive and should be nabbed or reported, Lacson said.

This would bring down the number of crimes committed with guns, he added.

“Thus, any person seen with a firearm will be presumed to have criminal intent and therefore should be apprehended on the spot or reported to the authorities at first opportunity, instead of presuming that that person is a policeman in [civilian clothing] or a person clothed with a [permit to carry]. I am sure, crimes committed with the use of guns will be greatly minimized,” he said.

Lacson, a former chief of the Philippine National Police, said firearms should be used only for self-defense or defense of property.

“Therefore, they are better kept inside our homes,” he said.

The police should also be expected to go after criminals, he added.