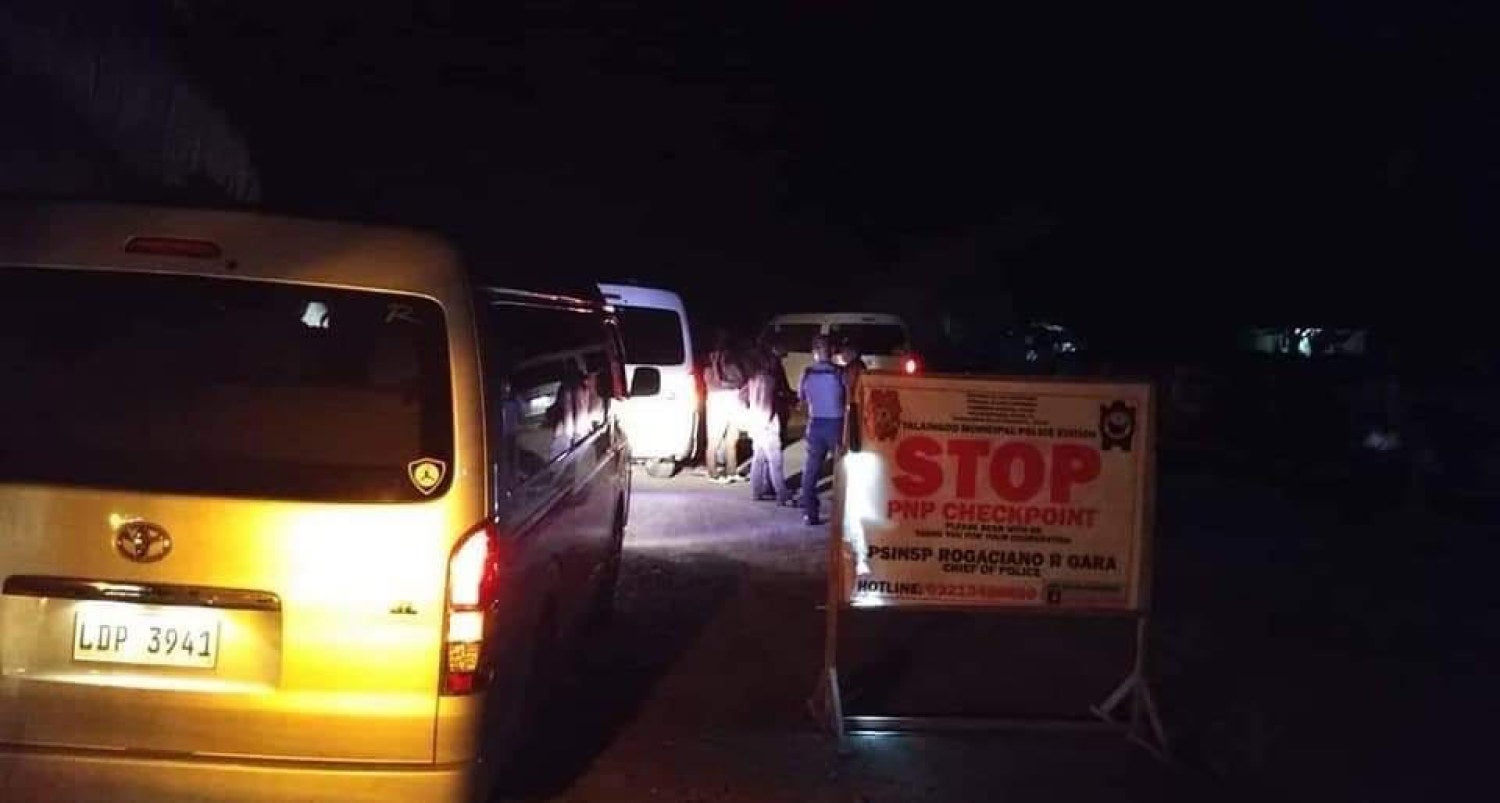 Meggie Nolasco, executive director of Salugpongan community schools, said that as of 5 a.m. Thursday, 75 people, including 29 students and 12 teachers of Lumad schools in Davao del Norte, were “illegally arrested” by the joint forces of the Talaingod police and the 56th Infantry Battalion (IB) of the Philippine Army (PA), who also had with them officials of the Talaingod muncipal social work and development office (MSWDO).

Nolasco said those arrested were in a convoy of five vehicles who went to Talaingod town on Wednesday to deliver food supplies and rescue children from a Talaingod Lumad school recently padlocked by the paramilitary group Alamara.

Aside from Ocampo, the group also included ACT Teachers party-list Rep. France Castro, and Pia Malayao of Katribu, among others.

“We condemn this move of the military. Clearly this is a form of harassment mean to delay the delivery of goods and services in the lumad community school,” Nolasco told the Inquirer by phone.

Meanwhile, the House Makabayan bloc denounced Thursday the alleged harassment and illegal detention against the delegates of the solidarity mission in Talaingod town.

The National Solidarity Mission (NSM) is composed of a delegation of 74 people including 24 students and 12 teachers of Lumad schools in Davao del Norte. They were there to give relief to the students and teachers who were “victimized by the threats, harassments and the eventual forcible closure of their schools by the paramilitary group Alamara under the 56th Infantry Battalion.”

Based on the information that reached the lawmakers, PNP-Talaingod filed human trafficking charges against the delegates.

“It would be a blatant and outrageous lie to accuse progressive lawmaker and former public school teacher Castro, former solon and peace advocate Ocampo, as well as the administrators of the Lumad school as child traffickers,” the Makabayan bloc said in a statement.

“Central to the crime of trafficking of minors is the purpose of exploitation which includes at a minimum, the exploitation or the prostitution of others or other forms of sexual exploitation, forced labor or services, slavery, servitude or the removal or sale of organs,” they added.

Prior to their detention, the Makabayan bloc said unidentified perpetrators reportedly threw nail spikes on the road to deflate the wheels of two out of five vans, to halt and interrupt the NSM. While the wheels are being replaced, broken glass were also reportedly thrown at another van of the delegates. The van carrying Castro and Ocampo was also hit by stones, while the perpetrators even shot indiscriminately.

“We call on the PNP-Talaingod to immediately drop the trumped-up charges against Castro, Ocampo and the school administrators. We demand the whole delegation’s immediate and unconditional release,” the progressive lawmakers said.

They also called on the members of the House of Representatives to “take action and condemn” the incident.  /kga