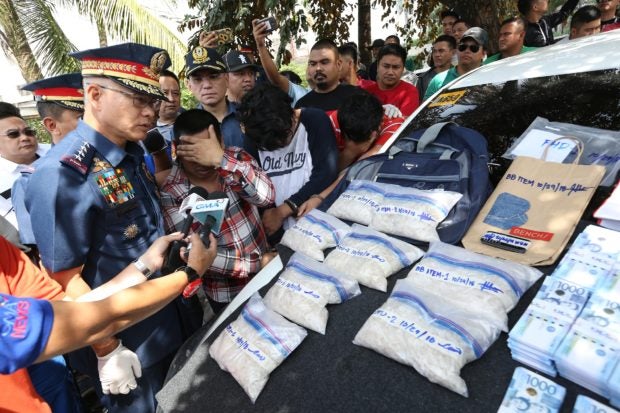 On Thursday, the Caloocan City Regional Trial Court (RTC) Branch 125 convicted PO3 Arnel Oares, PO1 Jeremias Pereda, and PO1 Jerwin Cruz of murder, but acquitted them of planting evidence against the minor who was killed in a police operation.

“The early resolution of the case is a clear indication that justice system works in this country. And your PNP stands ready to help ensure that justice will always be served to everyone,” he said in a statement.

According to Albayalde, the conviction of the three policemen is a reminder to other PNP personnel to be “extra diligent” in fulfilling the requirements of the law.

“But this will not cause us to waiver a bit in our resolve to rid this society of the menace of illegal drugs,” he said.

PNP Spokesperson Chief Supt. Benigno Durana Jr. said the same, but admitted that the conviction is “probably a setback” to the agency.

Although the conviction showed irregularity in the police operation launched by operatives to Delos Santos, Durana said it did not represent the entire campaign against illegal drugs.

“This case does not define the whole picture on the way we wage the war against illegal drugs,” he said.

He also said that the conviction prove that the policemen were only guilty of murder and not extrajudicial killing (EJK).

He reiterated that the term EJK has been misused since there was not even judicial killing or death penalty in the country.

Durana also emphasized that the crime of the policemen was committed “not in the exercise of state policy.”

“There was never a policy in the Philippine National Police that we will kill drug suspects unless otherwise they put up a fight and the life of our personnel are [endangered],” Durana said. /cbb/muf