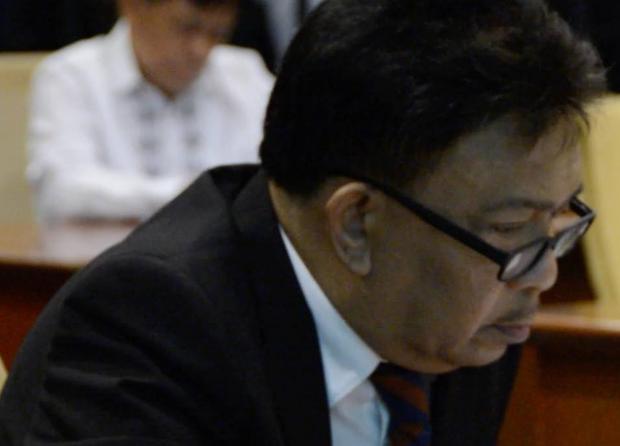 Makati Councilor Rico J. Puno (Photo from the Facebook page of My Makati)

The Makati City government mourned the passing of Councilor Enrico “Rico” J. Puno, a singer who also served the city for three straight terms as councilor from 1998 to 2007, before being elected again in 2016.

“We deeply mourn the passing of City Councilor Rico Puno. On behalf of the city government and the people of Makati, I wish to express our heartfelt condolences to his bereaved family,” Mayor Abby Binay said in a statement posted in the Facebook page of Makati on Tuesday, Oct. 30.

Puno died of a heart attack in the early hours of Tuesday at the age of 65.

“We offer our fervent prayers for his peaceful voyage to eternal life,” Binay said. “We also pray for his loved ones, that they may find solace during this time of grief.”

The mayor praised the councilor “legendary talents as a singer, actor, comedian and television host have endeared him most to the Filipino people.”

“Rico J was the ultimate entertainment package,” Binay said. “He not only soothed the soul with his timeless music, but also lifted up the spirit with his effortless humor. But for the people of Makati, Councilor Puno meant more than an accomplished artist and entertainer. He was a public servant who dedicated over a decade of his life looking out for the welfare of residents and promoting the city’s economic development.” /atm