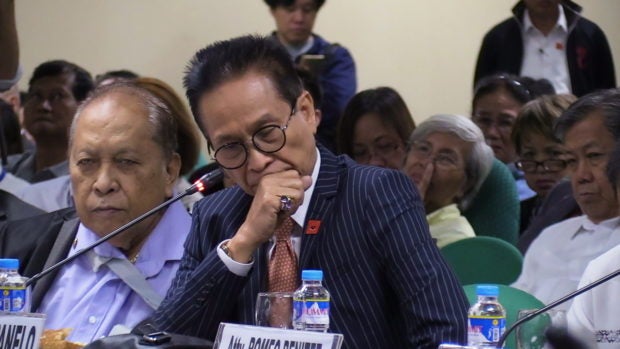 Malacañang on Tuesday expressed its condolences to the family of OPM legend Rico J. Puno who died Tuesday morning due to heart failure.

“We express our condolences to the legend that is Rico J. Puno. He has contributed a lot in the music industry,” Presidential Spokesperson Salvador Panelo said in a Palace briefing.

“Personally, I feel sad. We had a duet four years ago in my show. He’s a personal friend,” he added.

Puno died of cardiac arrest, his long-time manager Norma Japitana confirmed. He was 65.

Puno’s singing career that spanned four decades featured hit songs like “Kapalaran,” “Buhat,” “Macho Gwapito,” “Lupa,” “Damdamin”, and “May Bukas Pa.” He was known not just for his musical talent, but also for being a pioneer-promoter of original Filipino music. /cbb