The vicinity of the Commission on Elections’ (Comelec) head office at the Palacio del Gobernador in Intramuros, Manila exploded with a riot of colors on Monday as supporters of candidates filing their certificates of candidacy (COCs) tried to upstage one another.

As more supporters arrive, blocking roads surrounding the main office of the Comelec, more colors were added to the scene. Drumbeats and loud cheers echo the crowd’s excitement.

Supporters clad in black first flocked to the area early in the morning to prepare for the arrival of senatorial hopeful, Maguindanao 2nd District Rep. Zajid “Dong” Mangudadatu, who is running under the ruling party Partido Demokratiko Pilipino–Lakas ng Bayan (PDP-Laban).

His supporters were chanting, “I am for peace. I am for Dong Mangudadatu” even before the aspiring senator arrived at the Comelec.

READ: Chief of staff: Dong Mangudadatu to run for senator under PDP-Laban

Supporters of reelectionist Sen. Cynthia Villar were also among the early birds at the Comelec. 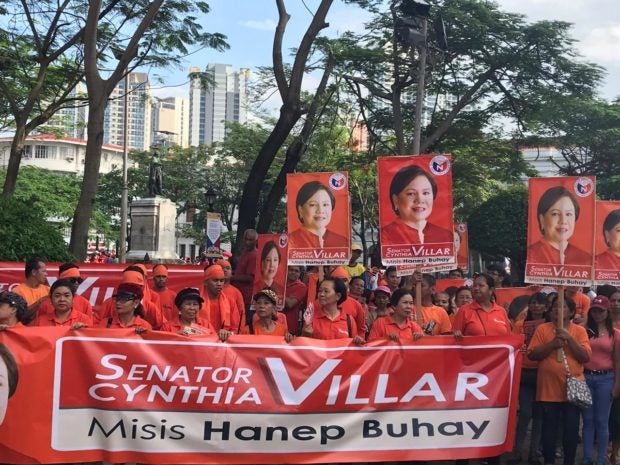 Villar was accompanied by husband, former Sen. Manny Villar, and her two children in filing her candidacy.

Wearing bright orange shirts, the political color associated with the Villar family, supporters of the incumbent senator raised posters bearing the face of Villar as they chant her name amid the loud drum beats.

Red and white later mixed with the people clad in black and orange as supporters of Magdalo Rep. Gary Alejano, who is vying for a Senate seat in the 2019 polls, arrived. 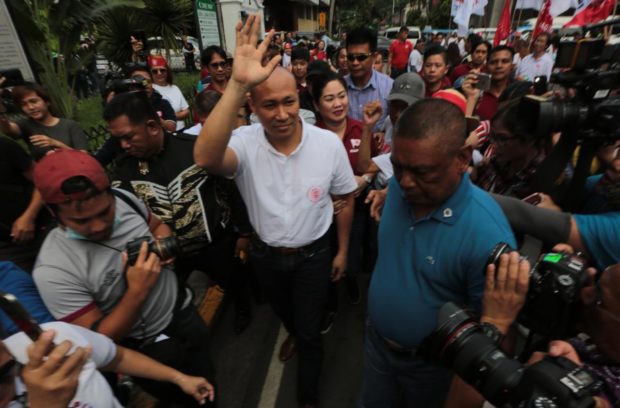 But what made Alejano’s COC filing on Monday really loud was the presence of Magdalo chair, Sen. Antonio Trillanes IV.

Trillanes, a staunch critic of the current administration and whose standing feud with President Rodrigo Duterte recently hogged headlines, arrived even before Alejano. His arrival elicited excited screams from Magdalo supporters and got the media’s attention.

READ: Trillanes shows up at Comelec for Alejano

Another reelectionist, Sen. JV Ejercito, walked towards the Comelec, after attending Mass at San Agustin Church. He was accompanied by his wife, and his supporters. 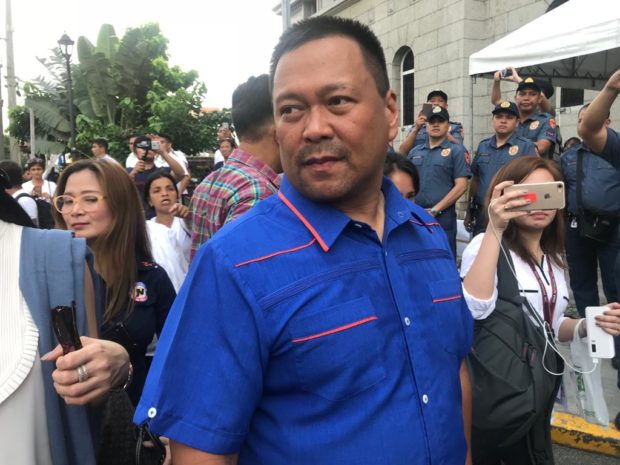 However, the grandest, loudest cheer for a senatorial aspirant since the start of COC filing last Thursday, went to Special Assistant to the President (SAP) Bong Go. 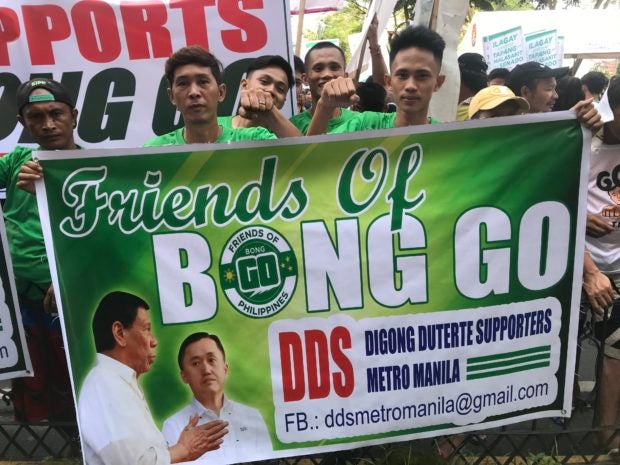 With green dominating the street in front of the Comelec headquarters, Go’s supporters went all out with drumbeats, loud cheers, and a program before the arrival of the Palace aide.

But the hype reached fever pitch when the President Rodrigo Duterte himself arrived at the Comelec to personally escort his trusted assistant in filing his COC.

Indeed, Go’s arrival at Comelec was dominated by prominent personalities who showed up to support his senatorial bid.

But although there were many political aspirants whose supporters staged grand fanfare, there were some electoral hopefuls who arrived almost quietly.

One of them is former Sen. Lito Lapid who went to the Comelec in a blue polo shirt and his signature eyeglasses. He didn’t bring an army of supporters. There were no drums, flaglets, or tarpaulins; it was just him, his son Mark Lapid, and some of his staff.

As much as the media wants to interview him, he went up straight to the third floor to file his COC. Reporters inside the building said that Lapid also refused to be interviewed after he filed his COC. When he stepped out of the building, he only said: “thank you.” 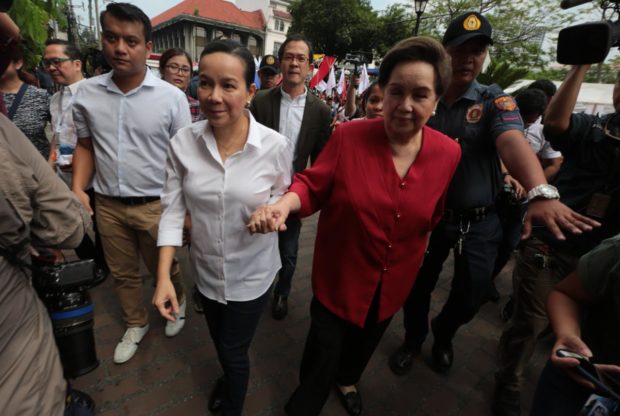 She was accompanied by her mother, Susan Roces when she filed her COC. But while Poe was wearing pure white, which symbolizes peace, Roces came in a stark red outfit, which expresses war.

In a way, the message to her opponents was that she is declaring an all-out war against her political opponents but wants peace and order for the May 2019 midterm elections.

Like Lapid, Poe also denied media requests for an interview. However, she gave a short message and answered the questions of the press after she filed her COC.

Undeniably, Mocha Uson has been the talk of the town for the past days, or even months. Her decision to run for public office also drew all kinds of comments both from supporters and critics.

However,  her arrival at the Comelec office was somewhat uneventful. 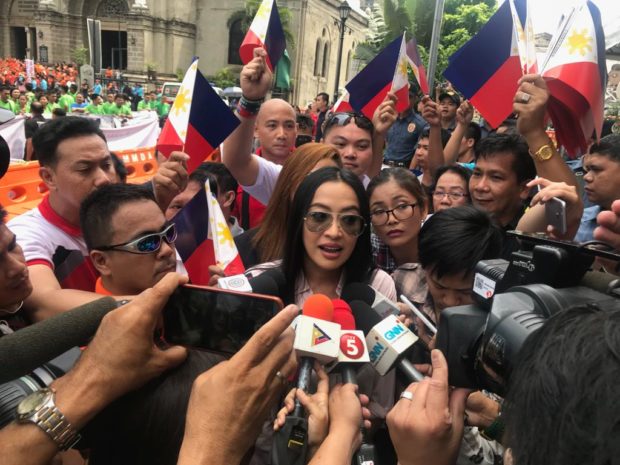 Uson, known for her trademark leather jacket, was wearing only a plain pink blouse. Members of the media were the first ones to greet her after she was spotted walking towards Comelec.

But friends from the entertainment industry came to support her. Raul Dillo, an iconic figure in Philippine entertainment for his height and exciting roles in films and television came with Dardz Valdez who said he had done shows and gigs with Uson in the past.

With not too many supporters in tow, it became easier for reporters to get close to her for an interview. The cameramen, meanwhile, tried their best to take a shot of the controversial former government official.

The third day of COC filing was not only about the politicians vying for a  Senate seat, but it was also about their respective supporters— how they cheered, how they beat their drums, how they shouted their bets’ names, how they expressed support. /ee