Reelectionist Senator Cynthia Villar filed on Monday her certificate of candidacy (COC) at the headquarters of the Commission on Elections (Comelec) for the 2019 polls.

Villar, who chairs the Senate committee on agriculture and food and agrarian reform, is seeking her second term as senator.

She said she would push for more programs on agriculture and livelihood in the country if she wins a second term in the Senate.

She was joined by her husband, former senator Manny Villar, daughter Camille and supporters, who carried tarpaulins of her photos and wore orange shirts.

Villar said she was confident she would win in the upcoming elections despite signing the Tax Reform for Acceleration and Inclusion (Train) law, which is one of the factors being blamed for soaring prices of goods in the market.

“Hindi naman (Maybe not),” she said when asked if she thought signing the law would negatively affect her chances in the upcoming polls.

(They knew that when we voted for the Train law, we did not predict that the price of oil would increase and traders would take advantage of it too much.) 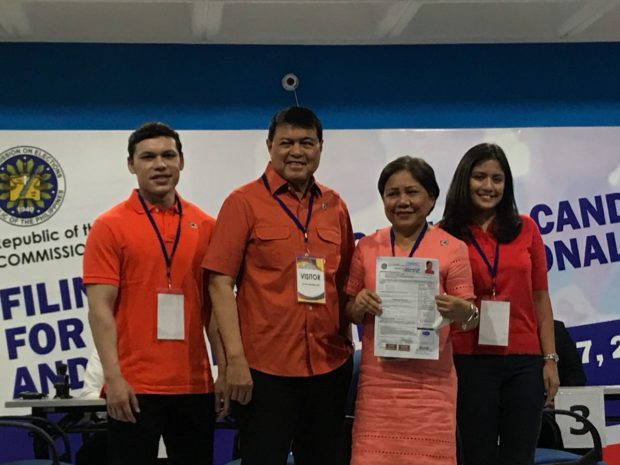 Villar said she did not regret signing the law, but added that she learned a lesson.

“It’s lesson learned. Anyway, in everything we do, we learn lessons,” she said.

Villar will run under the banner of the Nacionalista Party.  /cbb