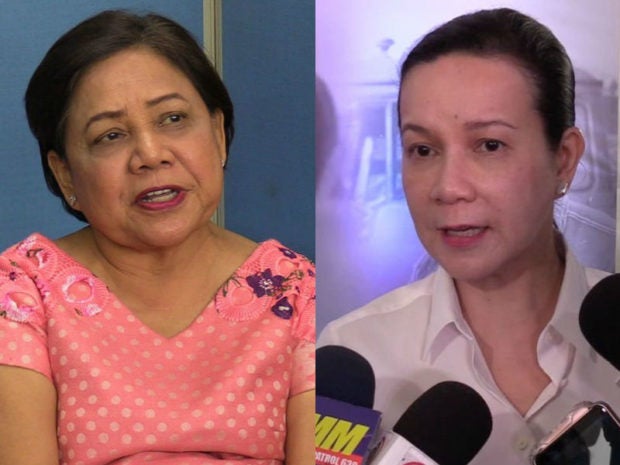 A survey commissioned by the Lakas–CMD (Lakas–Christian Muslim Democrats), which was released to INQUIRER.net by the party’s  Deputy Secretary General Alde Pagulayan, showed Senator Grace Poe (52 percent) as the probable topnotcher in the 2019 senatorial race.

Lakas-CMD was previously headed by former President and now Speaker Gloria Macapagal-Arroyo, who beat Poe’s father, the late actor Fernando Poe Jr. in the 2004 elections that was allegedly tainted by massive cheating. The party  is now currently being chaired by former Senator Ramon “Bong” Revilla Jr., who is currently detained as he faces plunder charges over the so-called pork barrel scam. 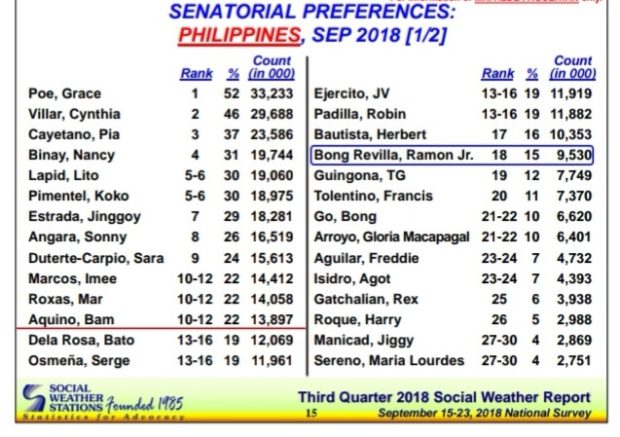 In the survey,  Poe  was followed by Senator Cynthia Villar (46 percent) and Taguig Rep. Pia Cayetano (37 percent), respectively. At the 4th spot is Senator Nancy Binay while former Senator Lito Lapid settled for the 5th place. This, however, showed different results from another SWS survey commissioned by Presidential Political Adviser Francis Tolentino that was made public on Thursday.

According to the Tolentino-commissioned survey, Villar will top the 2019 senatorial race with 53 percentage points. She was followed by Poe and Cayetano, who are tied at 2nd and 3rd place with 43 percent each.

Rounding the top five were Pimentel and Lapid, who shared the fourth to fifth slots. 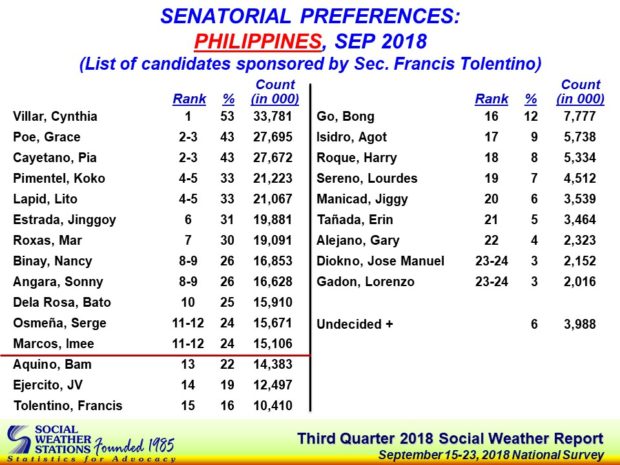 Coming in at 6th spot is Estrada, followed by Roxas. Sharing the 8th to 9th spots are Binay and Angara with a voter preference of 26 percent each.

Completing  the winning circle of the Tolentino-commissioned poll are former Senator Serge Osmeña and Marcos, who are tied at 11th to 12th places after each obtaining a 24-percent voter preference.

Both surveys were conducted from September 15 to 23, using face-to-face interviews of 1,500 adults (18 years old and above) nationwide. However, Tolentino’s survey fielded 24 names while the Lakas-CMD-commissioned poll used 39 names.  /kga