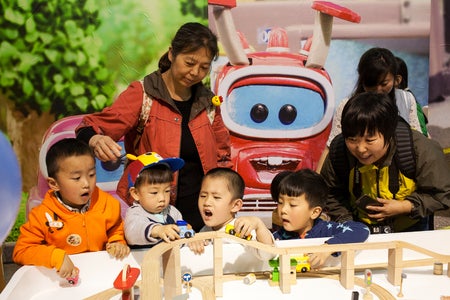 The revelation was made known recently after parents of the students took to the Tongxin Kindergarten in Wuhu, Anhui province, and accused its staff of serving their children rice with black worms and expired vinegar for lunch.

The matter has since been investigated by market regulation officials. As per the South China Morning Post on Sept. 27, officials also conducted checks at the Dedebei Kindergarten as it’s operated by the same company. In a shocking discovery, they found out that it also had similar problems with the food.

Following more complaints from other parents, officials also went to Mingzhu Kindergarten where they found a slew of food-safety violations.

A father of a 3-year-old who studies at Dedebei Kindergarten shared that his son felt sick after starting school for just three days.

“[He] began complaining of stomachaches in the morning,” the father was quoted as saying. “At first I thought he was making excuses not to go to school. But now that I think back, it must have been the spoilt lunches he’d had.”

The boy has since undergone a medical check-up and was found suffering from stomach infection. As per the report, he was being treated.

The probe saw the directors of Tongxin Kindergarten and Dedebei Kindergarten detained, as well as another employee who was responsible for preparing the children’s food.

Meanwhile, Chen Shaoguang, the vice mayor of Wuhu, said that eight officials in the local government were being investigated.

“We will not miss out on inspecting even one school cafeteria,” Chen was quoted as saying.  “We will not let off anyone responsible for this.”

The Anhui education bureau will be conducting inspections in schools throughout the province starting next week.  Cody Cepeda /ra