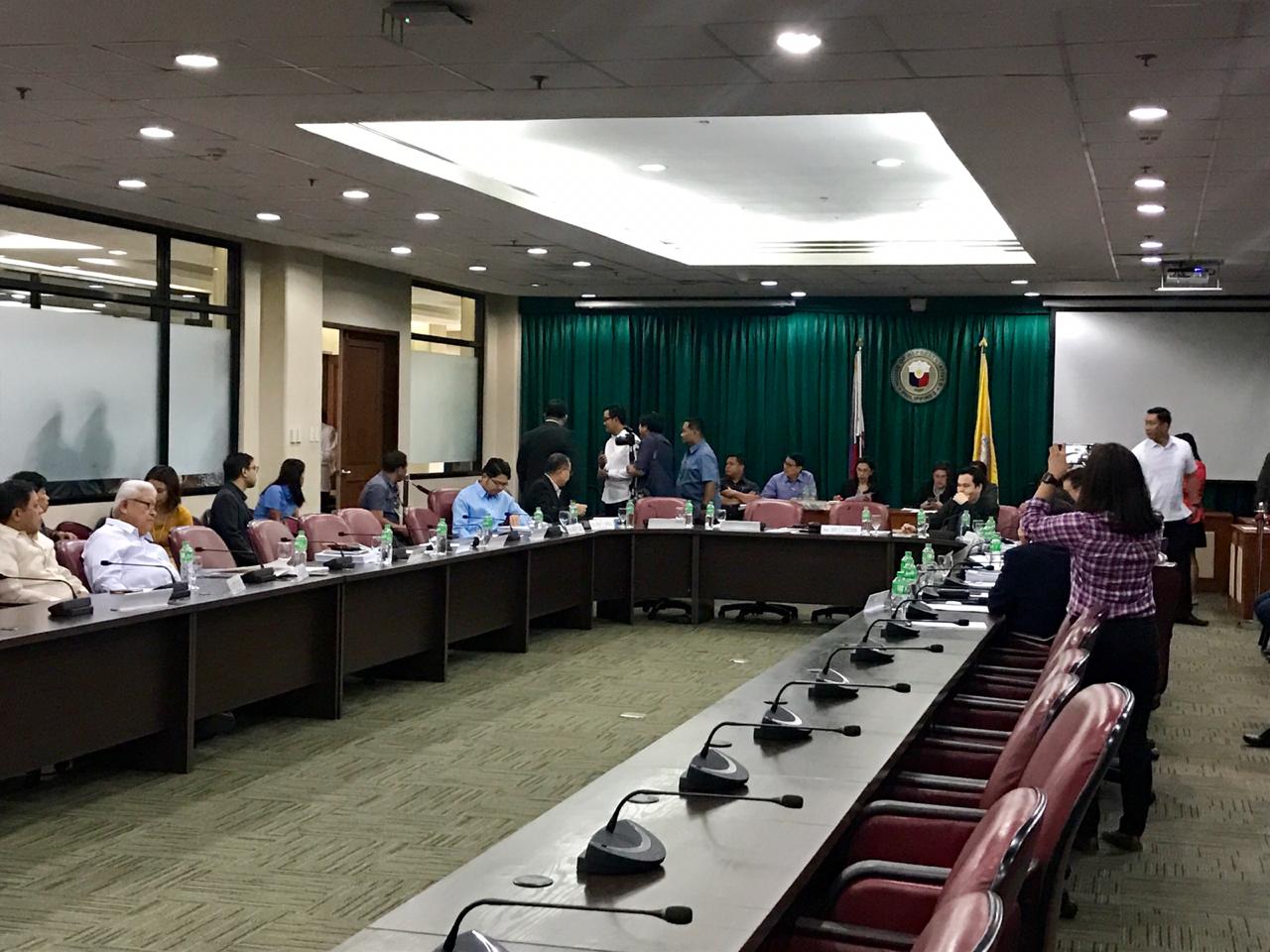 According to the House rules on impeachment, the requirement of substance is met “if there is a recital of facts constituting the offense charged and determinative of the jurisdiction of the committee.”

With the committee finding the complaints as insufficient in substance, it would then dismiss the complaint and would submit its report, the rules indicated.

The panel earlier found the complaints as sufficient in form.

Culpable violation of the Constitution

Reps. Edcel Lagman, Gary Alejano and Teddy Baguilat, Jr. accused the seven of committing culpable violations of the Constitution based on two grounds:

– Knowingly and maliciously defying the constitutional mandate that high officials of the government, like the Chief Justice, can only be removed from office solely by impeachment; and

– Arrogating the sole power of the Judicial and Bar Council to vet the qualifications of applicants to the judiciary and nominate in a shortlist the candidates qualified for appointment in the judiciary.

Meanwhile, the three have accused De Castro, Peralta, Bersamin, Jardeleza and Tijam of committing betrayal of public trust when they refused to inhibit themselves from participating in the adjudication of the quo warranto petition “despite their continuing ill will, bias and prejudice against Sereno.”

Seven out of the 24 panel members who were present during the deliberations delivered their manifestations to hinder the prospering of the impeachment complaints. Only Siquijor Rep. Ramon Rocamora believed that the complaint was sufficient in substance and should proceed to the determination of probable cause.

Rocamora said there is “some sense in the complaint.” He also said some of the justices already “prejudged Sereno” when they testified against her during House hearings into Sereno’s impeachment case at the time.

“The basic foundation of our justice system is that a judge should be impartial,” he stressed.

But Angkla Rep. Jesulito Manalo earlier defended the seven justices of the High Court, saying they have jurisdiction in over the quo warranto petition filed against Sereno.

He added that actual bias and prejudice against Sereno was “insufficiently established” and that it was “discretionary upon the Justices whether they should recuse themselves.”

“To prosecute justices who have acted within these metes and bounds of judicial power set by the Constitution would be a true violation of separation of powers,” Manalo said.

Cavite 2nd District Rep. Strike Revilla meanwhile said the seven justices should not be punished “for respecting a co-equal branch of government, and instead, should be lauded for recognizing the system of checks and balance.”

Sagip Rep. Rodante Marcoleta even branded the impeachment complaints as “opinionated” and “speculative,” while COOP NATCCO Rep. Anthony Bravo said proceeding with the impeachment cases, “would cast doubt on the credibility of SC to adjudge cases.”

Lagman appealed for a motion for reconsideration but the panel did not approve it, saying it would just be included in the report for their consideration.

The panel has set another hearing on Sept. 18 to approve their report.  /muf