Mayors want to talk it out with Duterte | Inquirer News

Mayors want to talk it out with Duterte 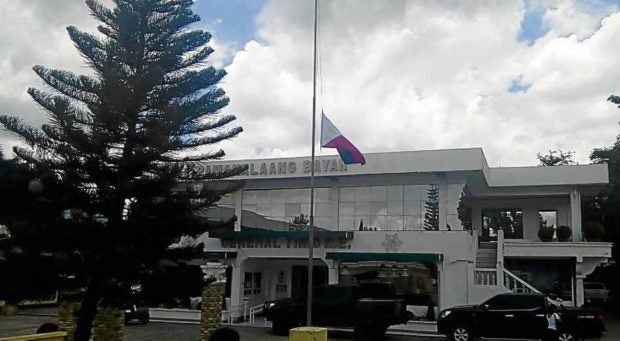 TAGAYTAY CITY — The League of Municipalities of the Philippines (LMP) has requested a dialogue with President Rodrigo Duterte following the deadly attacks on two mayors this week.

Maria Fe Brondial, LMP national president, said on Wednesday that the country’s mayors wanted to talk with the President about his list of so-called narcopoliticians.

Several local officials on that list have been killed in the President’s brutal war on drugs.

“The mayors on the list fear for their lives. I pity them. They told me, ‘Mayor, we are not involved in drugs. Why are we on the list?’” said Brondial, mayor of Socorro, Oriental Mindoro province.

The League of Cities of the Philippines (LCP) on Wednesday condemned what it called “premeditated killings” of Tanauan City, Batangas, Mayor Antonio Halili on Monday and of General Tinio, Nueva Ecija, Mayor Ferdinand Bote on Tuesday and demanded the overhaul of drug watch lists, which, it said, may have put the lives of local officials in harm’s way.

To protect the lives of local officials, Angeles City Mayor Edgardo Pamintuan, LCP president, said the Philippine Drug Enforcement Agency should “follow due process when it validates, adjudicates and revalidates . . . [the] government’s narcolist so officials [could] be given the chance to clear their names.”

A sniper, firing from a grassy knoll 150 meters away, felled Halili during flag-raising rites in front of City Hall in Tanauan on Monday morning.

Bote was being driven out of the National Irrigation Administration office in Cabanatuan City on Tuesday afternoon when two motorcycle-riding men drove up to his vehicle’s side and pumped five bullets into him, killing him outright.

Halili was on the President’s list, but he denied involvement in the illegal drug trade.

The President said he believed the attack on Halili was related to drugs, but the slain mayor’s daughter, Angeline Halili, said the President had been fed wrong information.

“They’re lying to him, giving him false [information] so he has to check again the validity [of the list]. What’s the proof? Where’s the evidence?” Halili said.

The Central Luzon police said Bote was not on any crime watch list.

“It is not in the culture of our nation to assassinate our leaders. We are for due process and respect for the rule of law,” Pamintuan said in a statement.

He called on the authorities to “exert all efforts to solve these murders and find the masterminds.”

Peñaranda Mayor Ferdinand Abesamis, president of the Nueva Ecija chapter of LMP, appealed for “a thorough investigation of the murder of Mayor Bote.”

LMP condemned the killings of Halili and Bote.

Brondial said the mayors would ask the President to restore their power of supervision over the police, which had been withdrawn by the National Police Commission (Napolcom) because of their alleged links to the illegal drug trade.

Jovellar Mayor Jorem Arcangel, LMP president in Albay province, said he was sorry for the killings of Halili and Bote.

“The act itself is not good, particularly Halili, who was assassinated during the flag-raising at City Hall,” Arcangel said.

He said if the issue with Halili had to do with drugs or his shame campaign against criminals in his city, it should have been put through due process.

“But if politics was the reason, [you’re] not supposed to kill just to get the leadership of a certain place,” he said.

Dumalinao Mayor Junaflor Cerilles, president of LMP in Zamboanga del Sur province, appealed to the Department of the Interior and Local Government (DILG) to protect mayors.

“With the recent killings of local chief executives, we are now unsure of our safety, especially now that we don’t have any police escorts,” Cerilles said.

The DILG is the overseer of the Philippine National Police.

Raul Palino, mayor of Teresa, Rizal province, said he was not worried about state agents going around his town and inquiring about his activities.

He said he welcomed efforts to “revalidate” the narcolist, which he had requested the DILG to do.

Palino also said he wanted the Napolcom to “speed up” the revalidation of the list so his name could be cleared.

Two mayors in Iloilo province, who had been accused by the President of involvement in the illegal drug trade, said they were leaving their fate to God.

“Of course, I am concerned even if the allegations against me are not true. But I will leave it to God. If it’s time, it will be my time,” said Mayor Salagunting Betita of Carles town.

Mayor Mariano Malones of Maasin town said he was not worried after the killings of Halili and Bote.

“If they target me, we cannot do anything about that. Even if one is heavily guarded, they will find a way,” Malones said.

He said he had no plan to surround himself with bodyguards or take extra security measures.

“I don’t want to live an abnormal life,” Malones said.

No Metro Manila mayor had expressed fear for their lives, but the chief of the National Capital Region Police Office (NCRPO) advised mayors in the metropolis to make themselves “hard targets.”

Chief Supt. Guillermo Eleazar, NCRPO director, said the Metro mayors should coordinate with their local police chiefs about their safety.