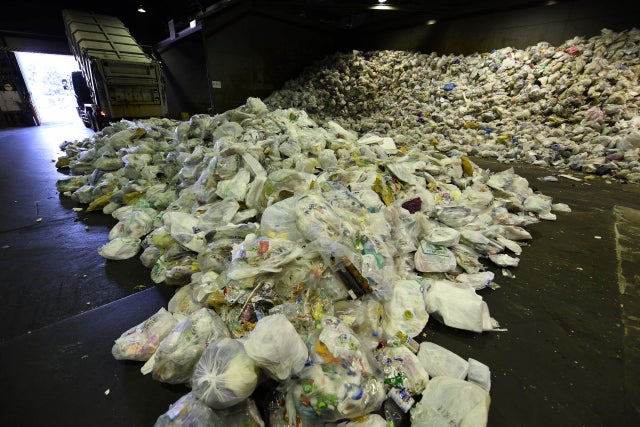 At a recycling plant outside Tokyo, workers in face masks pick through an unending torrent of plastic rubbish, fueled by a national obsession with pristine packaging — and famously strict rules that ensure much of it is reclaimed and reused.

Some 10 tonnes of recyclable plastics are brought in every day to be processed at the Ichikawa Kankyo Engineering center, where workers hover over conveyor belts removing any stray items or contaminants.

The plastic is then compressed and squeezed into huge “bales”, moved around by forklift trucks into large hangars.

Critics charge that Japanese consumers and retailers use too much plastic, as a mania for elaborate packaging results in almost everything being wrapped — even single pieces of fruit.

There is no national legislation banning single-use plastics, and penalties or disincentives for using plastic bags are rare.

But Japan also has complicated and strictly enforced rules on separating waste to help maximize the reuse and recycling of garbage.

Local governments across Tokyo and the rest of Japan each have their own rules on how residents must separate their waste, producing flowcharts that explain which items fit into which category.

Plastics are separated from cans, paper and other recyclables, with collections for different categories on different days of the week.

Most at a minimum have categories for burnable, nonburnable, recyclable and plastics, with many also requiring people to separate out cardboard and different types of plastic.

That ensures more than one fifth of plastic waste is recycled in Japan and the majority of the rest is burned either as fuel, or to generate power or heat, according to the Plastic Waste Management Institute.

Around 10 percent is incinerated without producing any energy and less than 10 percent ends up in landfill.

About eight million tons of plastic waste are dumped into the world’s oceans every year, the equivalent of one garbage truck of plastic being tipped into the sea every minute of every day. AB