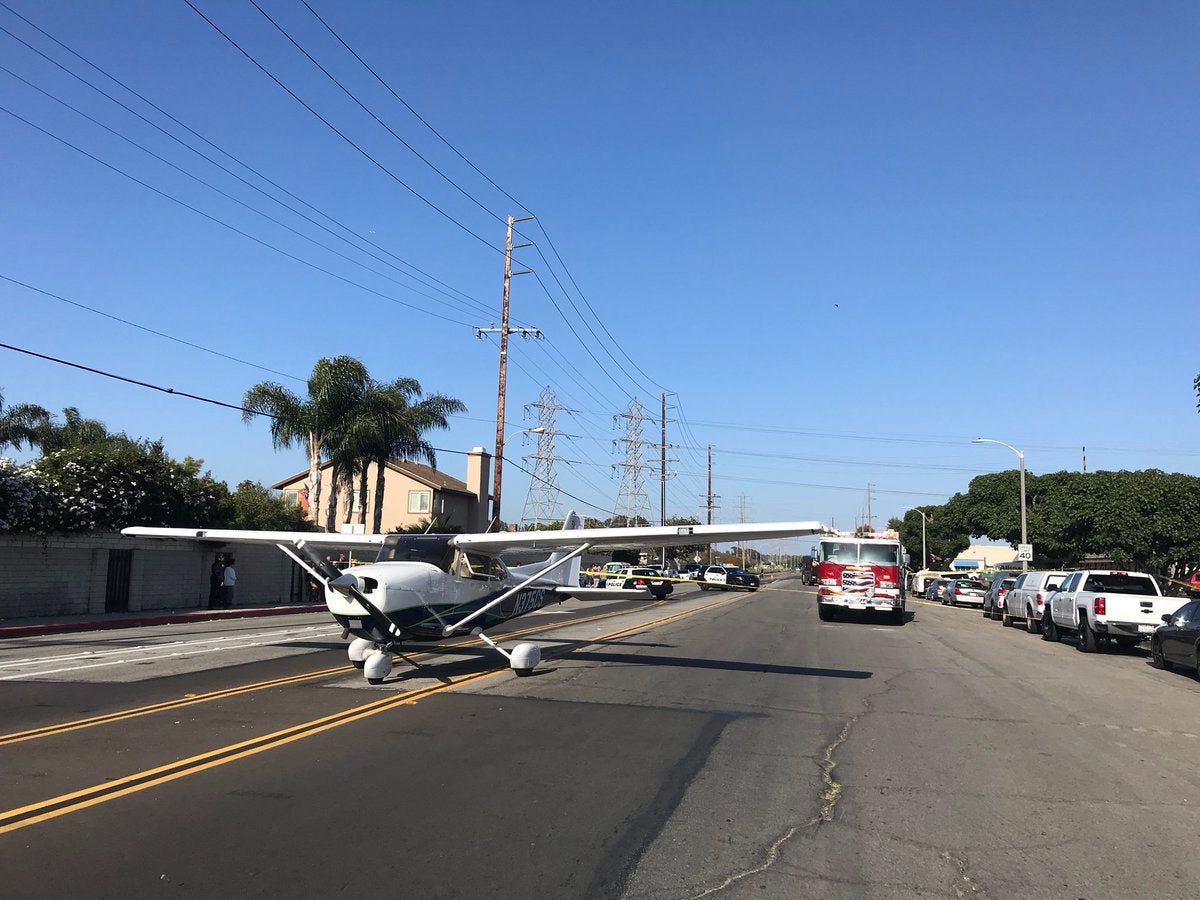 A female Asian pilot trainee landed a disabled single-engine plane in the middle of a California street without a single scratch on it.

The unidentified pilot trainee from the Orange County Flight Center had to do an emergency landing around 4:55 p.m. on June 1 when her Cessna 172 Skyhawk single-engine plane lost power mid-flight, according to a report by CBS Los Angeles.

Drivers, residents and passersby were surprised that the plane managed to land safely on a busy Huntington Beach street during rush hour. CCTV footage from a local shop showed the plane coming in fast yet missing power lines and cars. Motorists were also quick to react in avoiding the incoming plane.

The plane was flying to John Wayne Airport in Santa Ana, California, when the pilot encountered engine trouble, the report said.

Yet, despite the death-defying landing, witnesses said that the pilot remained calm, but concerned authorities started to question her. 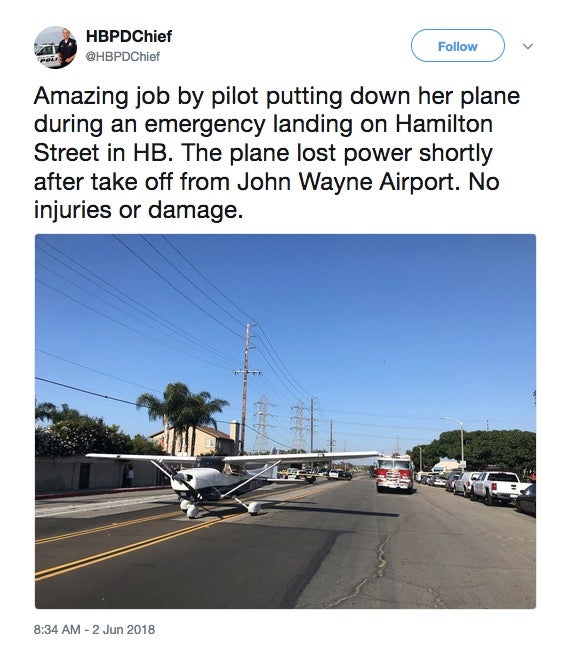 Reports were mixed on whether the pilot was headed for or took off from John Wayne Airport. Airport officials settled the issue with a tweet on June 2.  Alfred Bayle /ra

Indian man shamed for having too many kids abandons newborn baby