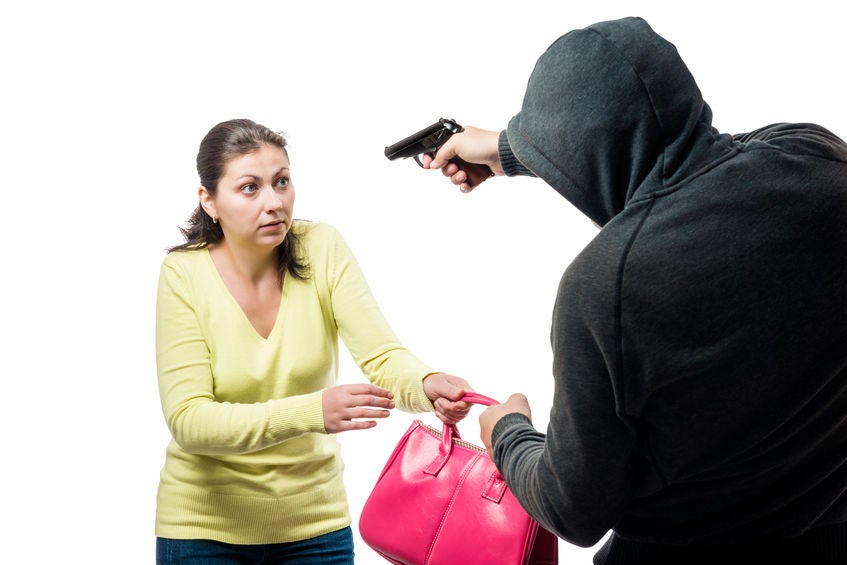 An off-duty military police officer foiled an attempted armed robbery while waiting outside a school.

The 42-year-old mother of two, Corporal Katia da Silva Sastre, took control of a potentially deadly situation when an armed man appeared in front of her children’s school, the Ferreira Master, in Jardim dos Ipes, Sao Paulo, Brazil, according to a report by Unilad.

The incident occurred in the afternoon of May 12. At the time, parents and children were waiting in front of the school’s gate in preparation for a Mother’s Day party being sponsored by Ferreira Master.

Footage of the incident from the school’s security camera has spread on YouTube. It showed a man in a black jacket casually walk up to the waiting parents. He then pulled out a gun and attempted to rob one of the women. Officer Sastre, who stood near the woman being threatened, pulled out a hand gun and shot the robber in the chest. She quickly stepped back while the man fell on the street and rolled on his back while clutching his chest.

Sastre cautiously approached the fallen robber while pointing her gun at him. When she got closer, Sastre kicked the robber’s gun away before picking it up while one of the parents’ cars drove around them. With the immediate area clear and the man disarmed, the police officer turned the wailing man on his belly. She then secured him by placing one foot on his back and told the man to spread out his hands on the pavement.

Authorities identified the suspect as Elivelton Neves Moreira. He was rushed to the hospital for treatment, but his injury proved fatal and he died that same day. Authorities have yet to determine whether it was Sastre or Moreira who shot first. However, they determined Moreira’s gun fired once.

On May 13, Mother’s Day, the government of Sao Paulo honored Corporal Sastre for her bravery in saving the mothers and their children in the previous day’s incident. Sao Paulo governor Márcio França attended and even tweeted about the event. He said ‘it is not ideal the suspect died,’ but no one else was hurt and the incident would serve as a warning to anyone else planning to “take up a gun.”

Sastre shared some insight on the incident with local media Folha de Sao Paulo. She said, “I didn’t know if he was going to shoot the kids or the mothers or the security guard at the school door. I just thought about defending the moms, the children, my own life and my daughter’s.”

She added, “I had to act quickly to end his aggression and prevent him from harming anyone. I reverted to the training I have received in the corporation. It’s gratifying to have been in the right place to have saved all our lives.”  Alfred Bayle /ra