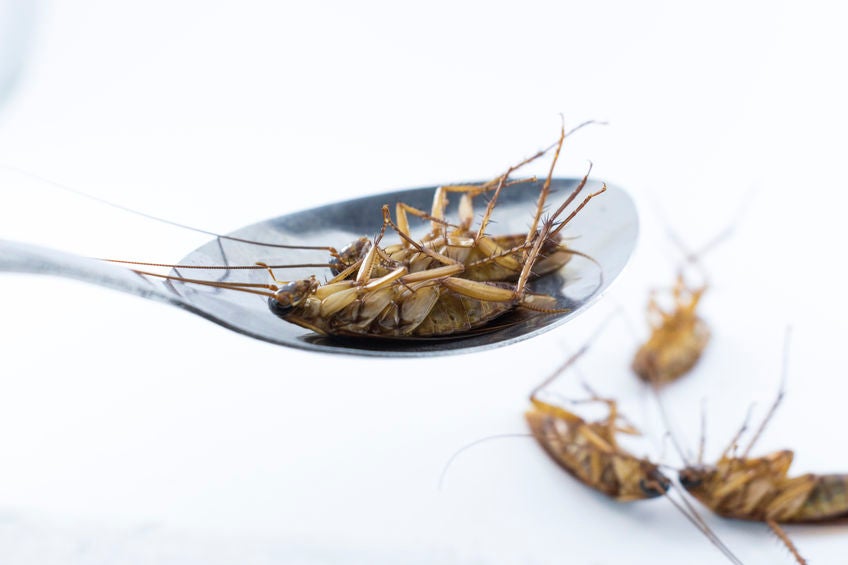 More and more Chinese appear to be opening up to the idea of having cockroaches on their dinner plates and in medicine, based on increasing demand.

Cockroach breeding facilities in Shandong province, eastern China, have increased to 400 in just three years. This could be attributed to the growing industry of breeding roaches as food products and medicinal ingredients, according to a report by South China Morning Post.

At a facility in the city of Xichang, Sichuan province, around six billion American cockroaches are being bred to become ulcer-curing drugs. These roaches owe their small piece of paradise to the Gooddoctor Pharmaceutical Group.

Since roaches prefer dark, narrow spaces, the facility prepared stacks of square cupboards for the insects to squeeze into. Once the roaches mature, six tons of the insects are placed in metal tanks for processing.

The roaches are then killed with heat to extract their essence and create bottles of traditional Chinese medicine. This medicine could be applied to skin burns, wounds and oral ulcers, aside from curing stomach ailments.

When not being crushed for medicine, elsewhere, roaches eat their fill as natural decomposers of waste food.

“Cockroaches have been eating plants and organic matter since hundreds of millions of years ago. They are experts in waste composting,” Li Yanrong, founder of Qiaobin Agricultural Technology, said in the report.

Organic waste composting through cockroaches was found to be more environmentally friendly. It did not create groundwater pollution, compared to burying and burning.

Since insects were found to be high in protein, Li’s company also started using cockroaches as high-protein feed for chickens. They found out that powdered roaches mixed with traditional feed lowered body fat and improved immunity in chickens.

The Diploptera punctata cockroach in particular could be made into milk. The species can be found in the Pacific islands.

Indian researchers discovered in a 2016 study that roach milk had three times more energy than cow’s milk. However, at that time, they could not find evidence whether it was safe for human consumption.

Nonetheless, Chinese chefs have been creating various recipes to turn the once-despised insect into delectable delicacies.

“People were scared of them at first, but now so many are eating them,” he said in the report. “The taste is special and they are full of protein.”

Interest for cockroaches has grown to such a level that government authorities have started signing contracts to build more facilities for breeding the insects.

Perhaps humans and cockroaches have had a sketchy history, but if the trend holds, roaches may one day become a not-so-disgusting part of everyday life. Alfred Bayle/JB

Man hears cockroach scrambling for its life, then dying in his ear