PDEA nabs 2 men, seizes over P1M worth of illegal drugs in Muntinlupa 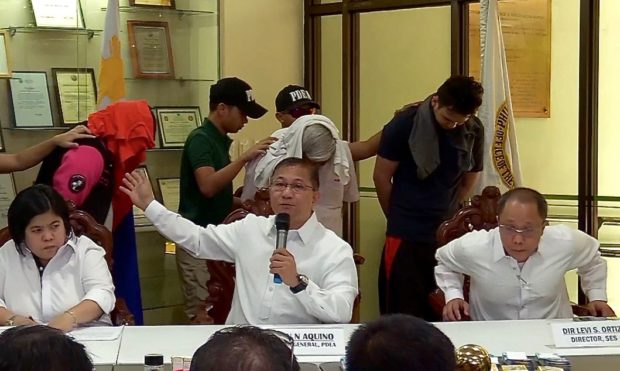 PDEA Director General Aaron Aquino said they recovered ecstasy tablets, liquid ecstasy, and different forms of cannabis from the suspects, whom he identified as Rajiv Gidwani, a resident of Alabang Hills Village in Barangay Cupang, Muntinlupa, and Jeremiah Carillo.

“The total estimated market value of seized illegal drugs during the operations is P1,072,000,” Aquino said in a statement on Monday.

On Saturday, the father of Gidwani was arrested as he tried to bribe PDEA-SES operatives with P1 million for his son’s release, Aquino revealed.

“Gidwani’s father Nari Kishinchand, 63 years old, a businessman, was also arrested by PDEA-SES operatives inside their office after he tried to bribe them with P1 million in exchange for the dropping of criminal charges and immediate release of his son a day after his arrest,” Aquino said.

“I would like to commend our agents for their exemplary behavior for declining the bribe.  This demonstrates that moral integrity still ranks high among our ranks,” he added.

Other items found at the scene included a container and a glass pipe with a suspected residue of marijuana, a lighter, and two mobile phones.

A subsequent implementation of a search warrant also revealed the presence of 163 tablets of suspected ecstasy and another 11 grams of suspected kush in two sachets.

Gidwani and Carillo, currently under the custody of PDEA-SES, would face charges for violation of Sections 5, 11, 12, and 26 of Article II of R.A. 9165, or the Comprehensive Dangerous Drugs Act of 2002.

Gidwani’s father, meanwhile, would be charged for violation of Article 212 of the Revised Penal Code.            /kga