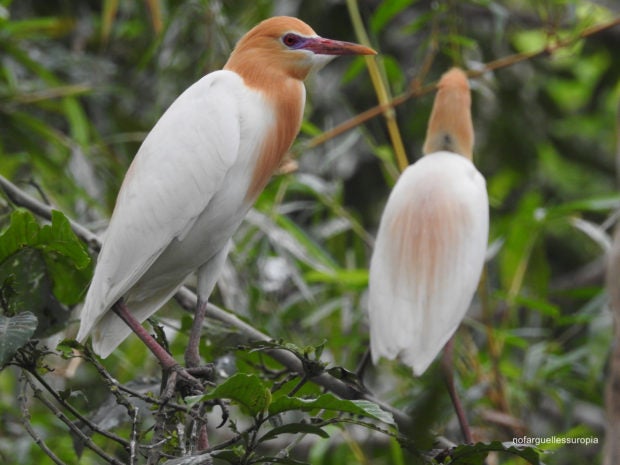 TACURONG CITY — Birds roosting in this city in Sultan Kudarat province have attracted local and foreign birdwatchers who will gather here for a two-day festival showcasing the Baras bird sanctuary, one of the country’s largest nesting sites for egrets and herons.

Jamorabon said Tacurong was chosen to host this year’s PBF because of the city’s two-hectare bird sanctuary in the village of Baras, about 7 kilometers from the city center. The city is a six-hour drive away from Davao City, and three-hour drive away from either General Santos City or Cotabato City.

The Baras site, which is home to more than 20,000 birds, was declared a bird sanctuary in 2002 by the city government. It is inside a property owned by farmer and bird enthusiast Rey Malana.

Emmanuel Nicolo, executive assistant for external affairs at the mayor’s office, said the event would start with a motorcade featuring bird-inspired floats, street dancing competition, bird costume contest and a dance contest highlighting bird-inspired folk dances like the “Tinikling” and “Itik-itik.” An ecotourism forum will also be held during the festival.

“People can come and commune with nature, learn how to protect the environment while listening to the beautiful melodies of birds,” Malana said.

He said he first noticed birds at his property 15 years ago, when he saw four wild egrets (herons with mainly white plumage) in a tree inside his black pepper plantation.

He thought these were migratory birds and would later leave. “But hours later, the four egrets became six. Then the six became seven, and then there were many of them,” Malana said.

He said his property had several “madre de cacao” (kakawate) trees that acted as trellises for black pepper plants. He noticed bird nests around his farm with bird droppings everywhere, but he did not mind.

Malana said he could not tell why the birds chose to stay in his farm.  When he stopped black pepper farming, the birds stayed, making him realize that the birds were not there for the peppercorns.

“Tourists, literally, come face to face with them,” he said, noting that large flocks of birds arrive at the sanctuary during this time of the year.

According to Malana, the best time for birdwatching is about an hour before sunset, when birds return from their daylong food hunting and when nocturnal birds leave.

Malana welcomes tourists to watch the birds and take their pictures, as long as they will not disturb them. — EDWIN FERNANDEZ