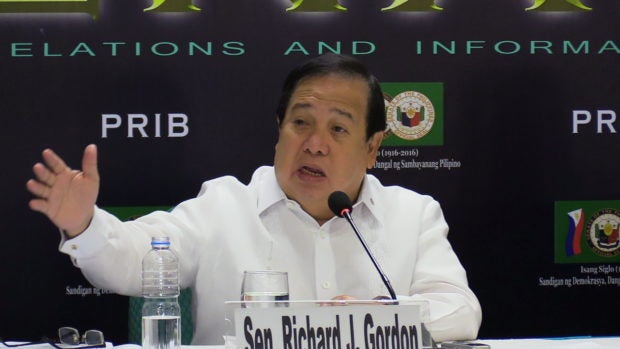 Gordon said more than the majority of panel members signed Senate Committee Report No. 368, which was filed on Monday.

“More than majority signed the recommendations and we can debate it. I am happy na pag-uusapan sa floor kasi diyan naman talaga dapat mag-debate, hindi naman sa labas. We should debate within the chamber and within the rules,” Gordon said in a statement.

The senator has also denied that there was anything political in the investigation or in the report submitted by the committee.

“Ang aim ng investigation has always been the protection of the children. Kaya tayo nag-imbestiga to protect the children and to insulate the DOH (Department of Health) from politics na nakakasama sa kalusugan ng ating bayan. What we are doing here is not political,” he explained.

One of the recommendations in the report was to provide sufficient budget for monitoring particularly sero-testing in order to determine who were previously seronegative, diagnosis, treatment, and rehabilitation of the more than 830,000 children injected with Dengvaxia.

It also proposed to authorize the allocation of a portion of the P1.2-billion refunded by Sanofi Pasteur for unused vaccines.

The report also found President Benigno Aquino III, former Health Secretary Janette Garin, former Budget Secretary Florencio Abad, Philippine Children’s Medical Center (PCMC) Director Julius Lecciones and other DOH and Food and Drug Administration officials liable for violating several sections of Republic Act (RA) 3019 or the Anti-Graft and Corrupt Practices Act, RA 6713 or the Code of Conduct and Ethical Standards for Public Officials and Employees, and other laws in connection with the procurement and distribution of the Dengvaxia vaccine.

Both Aquino and Garin slammed the report as “one-sided” as they assert that they are ready to face such charges. /jpv/ac

Most senators who signed report on Dengvaxia against suing Aquino