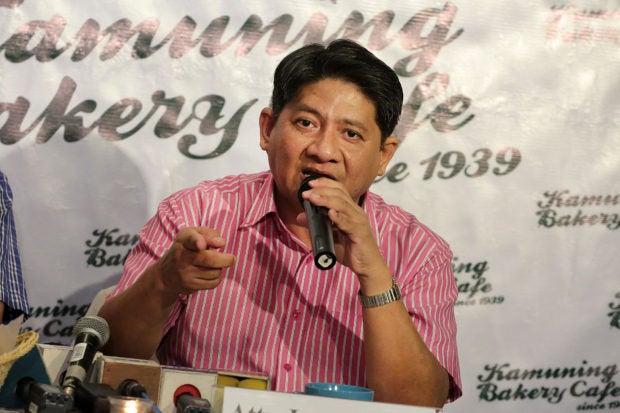 Lawyer Larry Gadon hurled invectives at members of the multisectoral group Coalition for Justice. The coalition members were prevented from picketing in front of the courthouse before the oral arguments scheduled regarding the quo warranto petition filed against Sereno.

Gadon said he was in Baguio SC to submit his opinion regarding the quo warranto plea of Solicitor General Jose Calida, but was immediately booed by the pro-Sereno group.

Angry, Gadon shouted back calling them “stupid” for not knowing the law.

But he also said a quo warranto petition was “better” than an impeachment trial, saying it was a more legal process of removing Sereno instead of an impeachment that relies on political color. /jpv