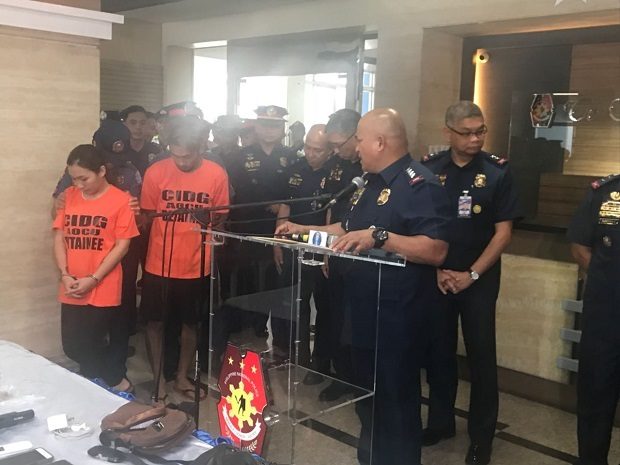 The Ordonions lured around 50 people to invest in bitcoins and amassed some P900 million in “investments” in the cryptocurrency, Dela Rosa said in a press briefing at Camp Crame in Quezon City.

Dela Rosa said the couple promised the investors huge interests in a short span of time.

Obusan said the investment scheme was very similar to a pyramiding scheme wherein there was an upline, or the one who asks people to invest, and a downline, the one who invests. The director said investors had the option to invest P90,000 and P160,000 per slot.

One of the victims, Rosanne Maglunog, said that she and her family members in November and December invested P29 million while she and her husband invested P4 million.

Maglunog said she had a hunch in December that they were being scammed when the Ordonios posted on social media that they could no longer issue a payout to investors.

Dela Rosa advised the public not to be enticed with investment schemes that promise huge interest in a short span of time.

“If you encounter a scheme that is too good to be true – napakalaki ng interest – scam yan. ‘Wag na kayo paloko,” he said, as he admitted to be a victim of a scam himself.

The CIDG has filed syndicated estafa charges against the Ordonios before the Department of Justice (DOJ) but authorities were considering to upgrade the case to economic sabotage, Obusan said.

Bitcoin is a digital currency developed in 2009 used as a payment system. It works without a central bank or single administrator.

Bitcoin made headlines last year because of its fast rise from $963 per bitcoin in January last year to nearly $20,000 in December. /cbb