Priest on Marawi ordeal: A test of faith, a privilege | Inquirer News

Priest on Marawi ordeal: A test of faith, a privilege 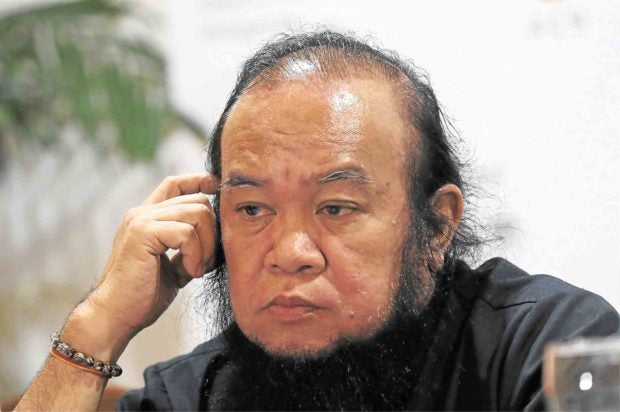 His 116-day captivity at the hands of the Maute terrorist group put Fr. Teresito “Chito” Soganub’s “spiritual sanity” to a test so harrowing that he almost gave up all hope of making it out alive.

On Friday, the Catholic priest spoke of walking the tightrope to escape death not just from his captors but from the military offensive during the five-month siege of Marawi last year.

“You live amid the threat of bullets, of air strikes, of cannons. Even when you pray, it’s really hard and your spiritual sanity is tested. You could no longer understand it,” he said, his voice cracking. Death could come any moment as the hostages had no way of knowing where the bombs would hit, he recalled.

The priest shared his tales of horror in a press briefing held by Aid to the Church in Need (ACN) Philippines to launch its fundraising campaign for the war-torn city.

It was the first time in months that Soganub faced the press in Manila following his escape from his captors in September 2017.

Wiping away tears, the priest said he spent 116 days in captivity, starting on May 23, 2017, when the Maute terrorist group took him and other church workers hostage.

Thanking the people who prayed for him during his ordeal, he said the episode proved to be a test of his faith but that “there was no other way but to believe that He was there, seeing and listening to what was in my heart. He knew I couldn’t bear it alone.”

“It’s different when you’re trapped in the war itself. You are at the hands of strangers with guns, and the military offensive is there, it was really hard,” he said.

But he said he held on to the belief that God would not abandon him and that he could pull through anything with His grace. “It was a really difficult experience, but on the other hand it’s a privilege to be given this test of faith. As a priest, you really undergo the most hardship.”

Sometimes, he said, he cried out to God and asked: “Why me? I didn’t have any grave sins.”

“It reached that point but my faith did not waver but became stronger. I know God was putting me through trials but He was not happy that I was in pain,” Soganub said.

He recalled being ordered by his captors to gather gunpowder from firecrackers, which they then used to make explosive devices. The younger hostages, he added, were made to gather unexploded rounds of ammunition.

Although he was not made to do those tasks at gunpoint, he had no choice but to comply and help the terrorists devise “an instrument to kill people. I had to do it because I was a hostage. I wasn’t afraid to die, but I was afraid that I couldn’t bear severe punishment.”

“I’m a priest, I know the morality of it … But you don’t have a choice if you’re being ordered to do such things under duress.”

Asked to confirm if he had been also forced to convert to Islam, the priest maintained that he retained his Catholic faith. “Just because you are being made to join their prayers and other activities of a Muslim, it doesn’t mean that you converted. Yes, I retained my faith.”

Of his captors, Soganub said they were not that harsh, especially during the last days of his captivity, when he observed the hostages and the terrorists becoming “cooperative” with each other and showing signs of Stockholm syndrome.

The terrorist leaders Isnilon Hapilon and Omar Maute, in particular, checked his condition from time to time and addressed him as a brother, advising him to pray to Allah for strength.

Soganub has yet to return to his regular duties as a priest under the Prelature of Marawi, saying he was still in a period of healing and recovery.