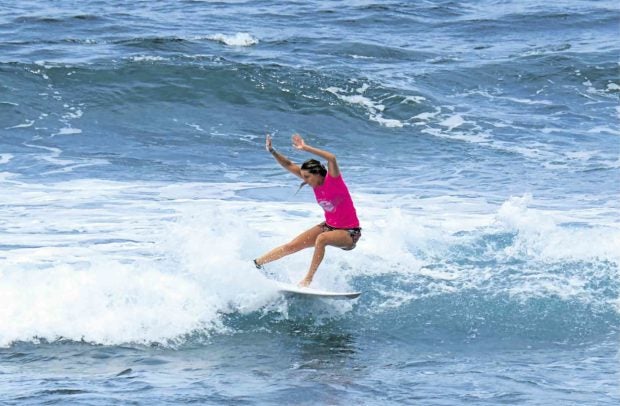 DAVAO CITY—The government sweep of environmental degradation in the country’s most visited tourism sites has reached Siargao Island, Mindanao’s surfing capital, where at least 49 establishments face closure for disregarding sanitation and other rules.

In a statement posted on its website, the Department of Environment and Natural Resources (DENR) office in the Caraga region said the DENR had already served notices to establishments violating environment and other laws in Siargao.

“We have conducted inspections,” said Felix Alicer, director of the DENR office in Caraga.

The inspections were conducted by the Environmental Management Bureau (EMB) led by Wilson Trajeco.

Based on the EMB report, violations included operating with no environmental compliance certificate and lack of sewage and wastewater treatment facilities.

Alicer said business establishments in Siargao had been told to comply with environmental laws and practice responsible tourism.

At least 148 businesses operate in Siargao and the DENR said the inspections were ongoing.

Environment Secretary Roy Cimatu said the inspections of business establishments on Siargao Island were aimed at maintaining the area’s reputation as one of the country’s best tourist destinations.

“Siargao is still one of the country’s best tourist destinations,” Cimatu said in a statement released by the DENR on Tuesday.

“But if we want to sustain its viability as an international surfing capital, we must show that we are all helping to protect and conserve its environment,” he said.

DENR records showed that Siargao was classified as a protected area but conditions favorable to surfing drew foreign and local surfing enthusiasts to the island.

International surfing competitions are held every year in Siargao.

Cimatu said the DENR sought to complete the issuance of notices of violations by the end of the month.

He said after the serving of notices, the establishments cited for violations would be inspected anew for compliance.

Complaints against establishments that would continue violating the Clean Air Act, Clean Water Act or the Environmental Impact Statement System would be brought to the Pollution Adjudication Board.

Other violations were also being listed, like encroachment in coastal areas, according to Alicer. —ALLAN NAWAL