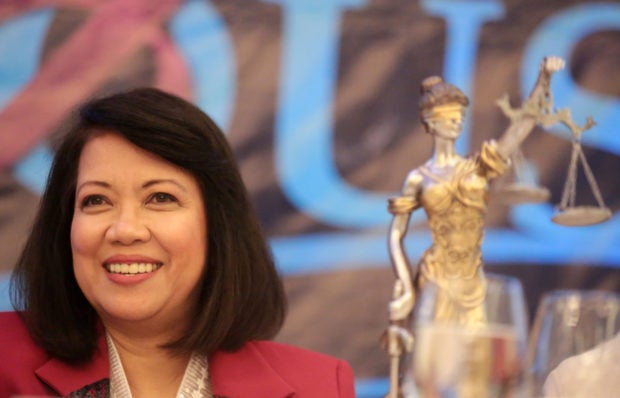 It came as no surprise for Chief Justice on-leave Maria Lourdes Sereno, who has been “eagerly” awaiting the House justice committee’s approval of the articles of impeachment, as she prepares to face her looming impeachment trial before the Senate.

Lawyer Josa Deinla, one of the spokespersons of Sereno, said they already expected the decision of the House panel, which voted 33-1, ruling in favor of certifying the articles of impeachment against the country’s top magistrate.

Deinla maintained their earlier stance that the allegations against Sereno hurled by lawyer-complainant Lorenzo Gadon were “baseless” and “not impeachable offenses.”

Even Rep. Jose Christopher “Kit” Belmonte, the lone justice panel member who voted against the articles of impeachment, was convinced that the 24 allegations approved by the committee were not impeachable offenses.

But the lawmaker also believes that the House plenary would eventually approve the impeachment complaint and transmit it to Senate.

Umali, nevertheless, noted the 15 probable cause hearings would not be put to waste since it “exposed all the failings of the Chief Justice.”

“Hindi naman set aside. We would not have known na wala palang finile na SALN if not for these committee hearings. May valor yung nangyaring probable cause hearing namin cause that’s what exposed all the failings of the Chief Justice,” he added.