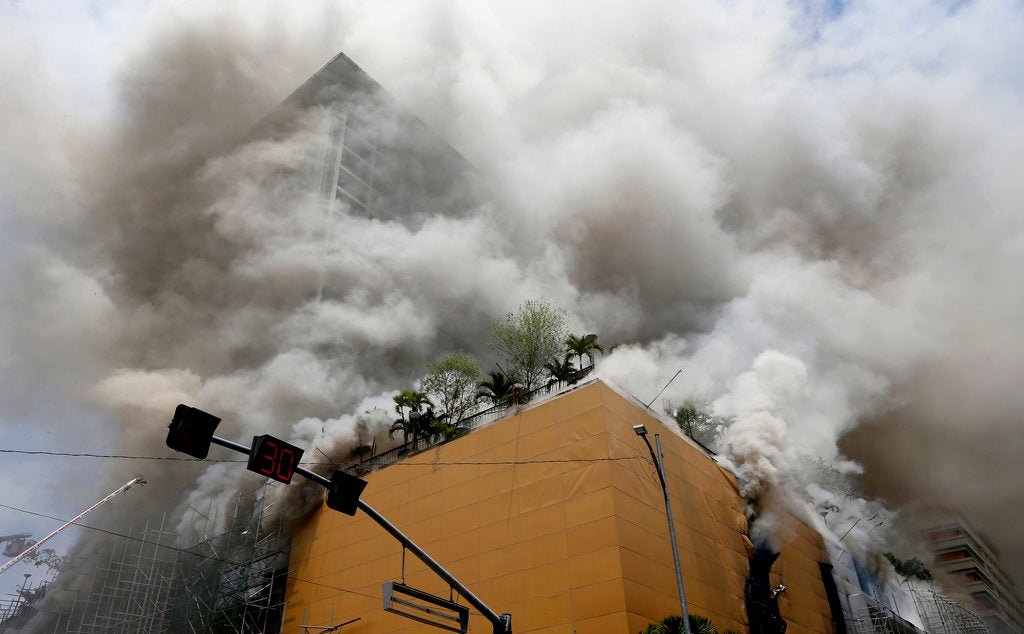 A fire engulfs the Manila Pavilion Hotel and Casino Sunday, March 18, 2018 in Manila, Philippines. The fire hit the hotel, where more than 300 guests were evacuated, some by helicopter, an official said. (AP Photo/Bullit Marquez)

The number of fatalities in the fire that ruined the Manila Pavilion Hotel and Casino along UN Avenue, Ermita was raised to five, as officials declared a “fire out” before noon Monday.

In a press conference, Twinkle Valdez of the Philippine Amusement and Gaming Corporation (Pagcor) said five persons were killed in the 24-hour blaze, and that another individual remains in critical condition at the Manila Doctors Hospital.

Valdez said the body of the fifth fatality, whose identity is yet to be established, was recovered near the CCTV Room in the gaming area of Pagcor.

Meanwhile, the Bureau of Fire Protection (BFP) said the blaze was put out around 10:56 a.m. Monday. The fire was declared “under control” around 8 a.m., or close to a day after it started around 9:30 a.m. Sunday.  The blaze reached Task Force Bravo.

An investigation by BFP officials and the Manila Disaster Risk Reduction and Management Office is underway on the reported malfunctioning of the hotel’s sprinkler system during the fire. /je