The Senate hearings on fake news ended with a bang on Thursday, with Sen. Grace Poe clashing with presidential spokesperson Harry Roque over her bill that would penalize state employees and officials who share false information.

Roque doubled down on his criticism of Poe’s Senate Bill No. 1680, which would amend the Code of Conduct and Ethical Standards for Public Officials and Employees, or Republic Act. No. 6713, by penalizing government officials and employees, especially those tasked to disseminate information, who share false news or information. 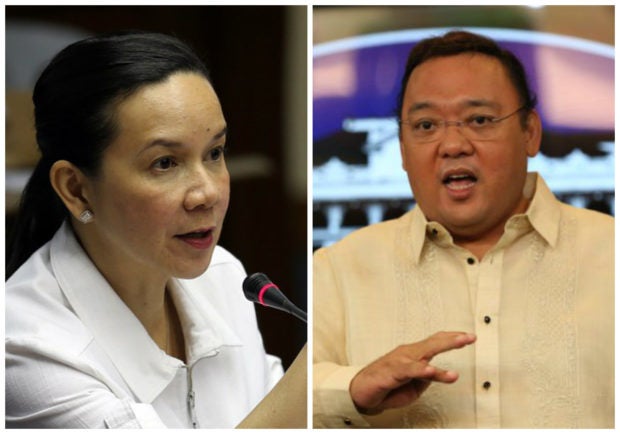 The Palace official said last month that the bill was unconstitutional for violating the  equal protection clause in the 1987 Constitution.

Roque said the measure “enjoys a presumption of unconstitutionality” and is vague because “we don’t know what’s true and what’s false.”

“Who will sit in judgment of what truth is?” he asked.

“Because the current framework now is that it is the public that should decide what is true or what is false,” he said, answering his own question.

He said any measure that would criminalize fake news would violate the Constitution, which bars any law that would abridge freedom of expression.

“I’ve been a victim of fake news. It comes with the territory. And we can only hope that because people were given by God the ability to discern what is true and what is false, it’s ultimately the public and the free marketplace of ideas that should judge what the truth is and that should put ultimately the penalty on purveyors of fake news,” Roque said.

“What is the importance of regulating fake news? It’s because we want to uphold the truth. If the objective is to uphold the truth, it does not matter if it’s a legitimate journalist or a blogger that spreads false news,” he said.

Roque said Poe’s bill “singles out” government employees for spreading fake news, which, for him, infringed upon the equal protection of the laws.

Penalizing fake news should be applied to all, he said.

Poe explained that her committee was not creating a new law. The Revised Penal Code applies to all and already criminalizes misinformation or fake news, she said.

“But government employees such as us are held to higher standards,” she said.

Poe said government officials and employees were liable for not performing and fulfilling specific duties and responsibilities, including submitting statements on assets, liabilities and net worth.

“So there are certain things expected of us because we have waived that certain right because we are serving the people and we want to be transparent,” she added.

Poe assured Roque that she did not want to “overregulate.”

The senator underscored the need for responsibility in exercising freedom of expression, which should not violate the rights of others.

She said Roque should attend the hearings of the civil service committee, which has been tasked to tackle her bill.

Reporters later asked Poe whether she agreed with Roque that it should be the public that should determine what was fake news.

She said a government official who knew that the information being spread was not true should not share it.

“Why should we have to allow our people to make this determination if we know that the information to be disseminated is not true?” she said.

Poe said elected or appointed government officials who did not want the responsibility of giving real information to the public should not be in government service. —WITH A REPORT FROM MAILA AGER