Lacson: I was a victim of fake news 17 years ago | Inquirer News
Close
menu
search

Lacson: I was a victim of fake news 17 years ago 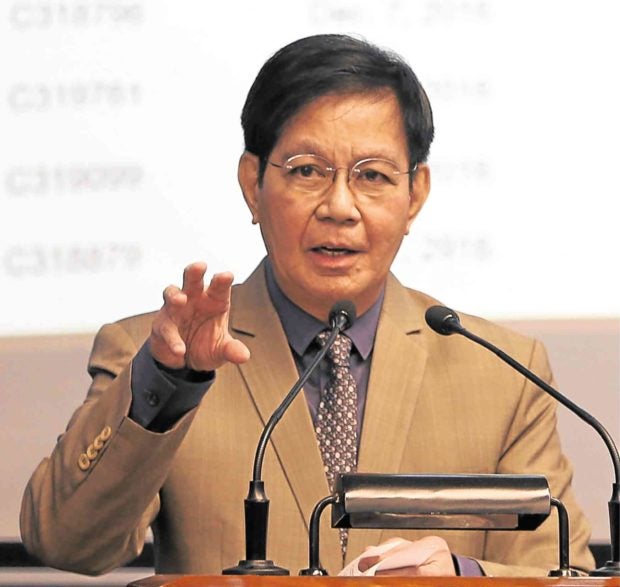 Sen. Panfilo Lacson knew how it felt to be a victim of fake news long before this became the troubling phenomenon that it is today.

Lacson was stung by the falsehoods, but the truth eventually vindicated him.

“I was a victim of fake news for the longest time in the past,” the senator lamented in a recent tweet.

“The two original sources have since retracted their statements under oath, even apologized,” he said.

“I’m still waiting for those who spread those false information to show decency and some sense of responsibility to the public,” he added.

Lacson was referring to charges by senior military officers under President Gloria Macapagal-Arroyo in 2001 that he had foreign bank accounts containing hundreds of millions of dollars from his alleged involvement in criminal activities when he was the chief of the Philippine National Police.

Lacson’s accusers later recanted and apologized for making up the stories about him.

Two of them—retired Brig. Gen. Victor Corpus, then the military intelligence chief, and Ador Mawanay, a supposed computer expert—admitted their allegations against the senator were baseless.

Corpus, who then headed the Intelligence Service of the Armed Forces of the Philippines (Isafp), apologized to Lacson on television on April 5, 2017. He later apologized to the senator personally.

Corpus said he relied heavily on information from Mawanay, who claimed to be a civilian agent and a computer hacker who had gained access to Lacson’s bank accounts.

The military intelligence chief said he did not even bother to check Mawanay’s background after they were introduced to each other by Jesuit priest Tito Calauag, whom he  fully trusted.

“I was looking for a chance to make a public apology,” Corpus told the Inquirer.

The opportunity came on a TV program last year where he said the “biggest mistake” he had committed was “maligning the reputation” of Lacson.

Lacson told the Inquirer that lawyer Raymond Fortun had earlier conveyed Mawanay’s desire for a meeting.

Fortun showed him Mawanay’s affidavit of retraction  that was executed in 2003.

“I told (Fortun) there was no need for a meeting,” he said.

The senator said his Isafp contacts told him that Corpus had confronted Mawanay and ordered two agents with IT expertise to check how Mawanay was able to hack into Lacson’s accounts.

“[The agents] came back to [Corpus] to say that Mawanay did not even know how to use the computer,” Lacson said.

Still, Lacson wondered why Corpus had insisted he was stashing money from kidnapping and drug trafficking, and laundering the funds, along with former President Joseph Estrada.

Corpus said he learned that a PNP-military team that went to the United States to check out Lacson’s bank records “found nothing.”

Corpus said he eventually questioned Mawanay’s credibility. “I was too ashamed to make a public announcement that I got it wrong,” he said. 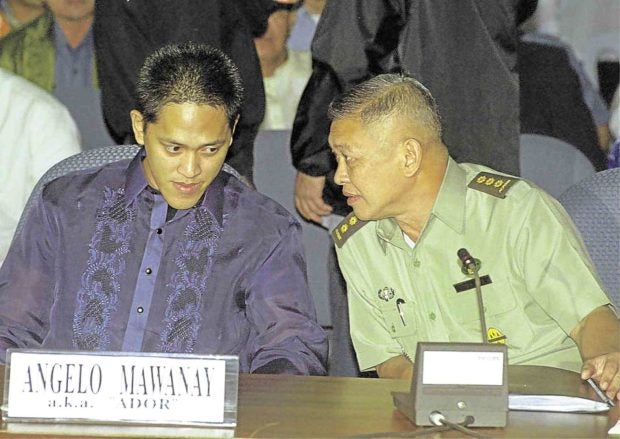 The intelligence chief said that around that time, he already publicly apologized for giving the media the wrong photograph of Kim Wong, a Chinese businessman close to Lacson who was mistakenly tagged a drug lord.

Lacson believes the Arroyo administration was behind the allegations.

The senator said someone who used to be close to Arroyo admitted that their group orchestrated the campaign against him.

He was told that they targeted him because he was a potential threat to Arroyo’s plans to run for President in 2004.

Lacson said the Arroyo group succeeded in bringing him down. His high 73-percent approval and trust rating in December 2000 went down to negative 13 in August 2001.

Corpus, however, denied Arroyo was behind the smear campaign against Lacson, insisting that it was his own initiative to investigate the senator.

At that time, he said, Arroyo was campaigning against illegal drugs and the Isafp was focusing on the fight against narcopolitics.

“I think there was someone behind Mawanay but I was no longer interested to find out,” Corpus said.

Shortly after the controversy blew over, he resigned as Isafp chief and retired from the military a year later.

Chan, who was then a colonel in the Isafp, headed the PNP-military team that the Arroyo administration sent to the United States to follow leads on Lacson’s alleged bank accounts.

Pelaez, a complainant in a suit against Lacson, was a civilian member of the police contingent headed by then PNP Intelligence Group chief Rodolfo “Boogie” Mendoza.

The senator said Chan came to see him last October at a hotel, accompanying Environment Secretary Roy Cimatu, who was then meeting senators separately before his confirmation by the Commission on Appointment. The former Isafp officer is Cimatu’s head executive assistant.

“I told (Chan) that’s nothing to me anymore,” Lacson recalled telling Chan, who offered to help him on anything.

Story of US properties

A common friend set up the meeting in 2008 between Pelaez and Lacson where she apologized and related how they had fabricated information that the senator had at least two properties in the United States.

“If they see a big house there owned by Filipinos, they would ask that they claim the house was owned by me,” Lacson said.

The senator said he had forgiven all his false accusers, despite the “residual effects” that the falsehoods had on him.

At the height of the controversy, he said he did not want to go out in public because he felt people were whispering behind his back.

“That’s how miserable my life was,” Lacson said.