Despite criticisms thrown at him, President Rodrigo Duterte remains a “very big supporter” of press freedom, his spokesman said during a Senate hearing on fake news on Thursday.

At the start of the hearing of the Senate committee on public information and mass media, Roque made it clear that his appearance was in his personal capacity, and not as the President’s spokesman. He also requested that he be allowed to speak first because he had a regular press briefing in Malacañang. 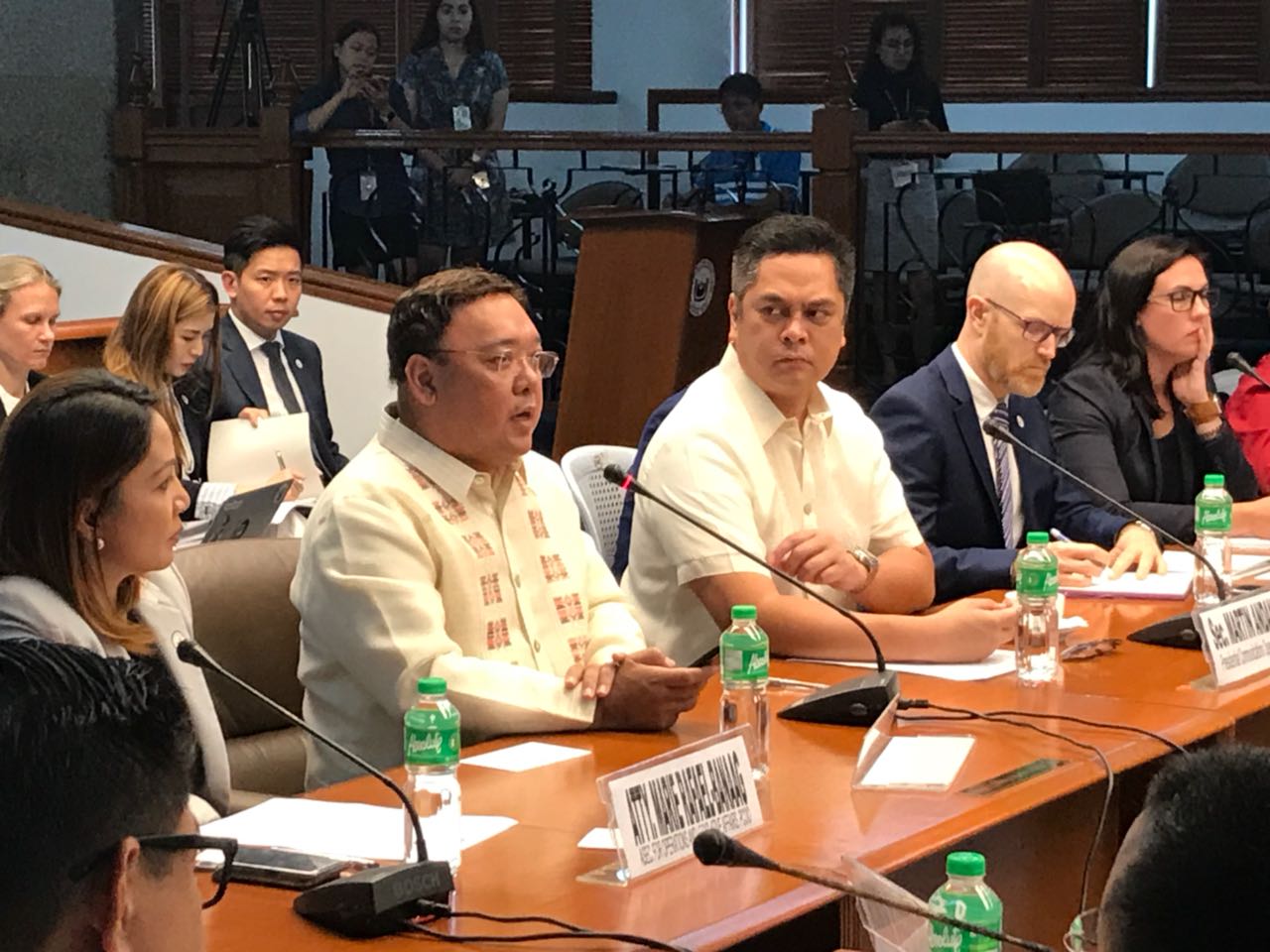 But Senator Grace Poe, who chairs the committee, said it would be very difficult to differentiate since she said Roque is “wearing two hats.”

“As I’ve said I’m here in my personal capacity. Although I think as a matter record, the President has not initiated any legal action as far as freedom of expression is concerned,” he said.

“He’s (Duterte) a very big supporter of press of freedom. In the 30 years that he has served government, he has not filed a single case, and he welcomes criticisms as part of really the realm of politics,” Roque said.

And while he said he has also been advocating freedom of expression, the spokesman voiced out his opposition on the senator’s proposal to amend a law and bar government employees and officials from spreading fake news.

Poe and Roque clashed over the issue, which the senator said should have been discussed in another hearing by a committee tasked to tackle her proposal, and not her committee.

The spokesman then asked that he be excused from the hearing because the Palace reporters were waiting for him.

“I checked earlier with Malacañang press if they will mind if I do my press briefing her in the Senate and they said yes…Unless I make my briefing in Malacañang they will not have stories….” he said.

Responding to Roque’s appeal, Poe said: “You know, Secretary Roque you will be sorely missed if you’re not there. So please, you are excused and thank you for your presence here today…” /je