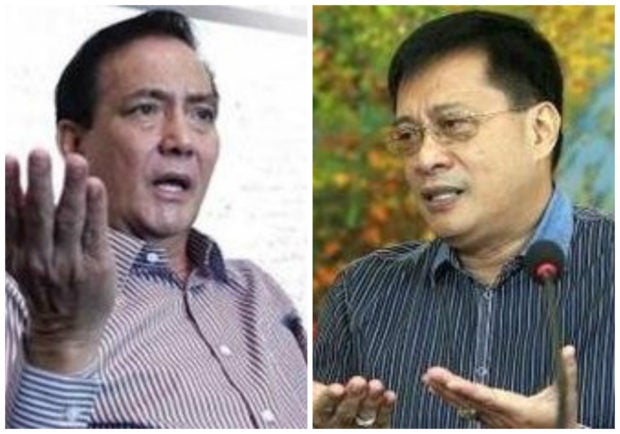 CEBU CITY — “Investigate us, too.”

This was the appeal of Mayor Vicente Loot of Daanbantayan town in northern Cebu, and former Cebu City Mayor Michael Rama who in 2016 were both publicly identified by President Rodrigo Duterte as among the country’s alleged illegal drug protectors but have never been formally charged.

Loot and Rama were hoping to meet the same fate as Cebuano businessman Peter Lim who, like them, were dragged into the illegal drugs trade, but eventually got off the hook after the case against him was dismissed for insufficiency of evidence.

“I’ve been pleading to authorities to investigate me. How can I clear my name [if there’s no probe]? That is the sixty-four-dollar question,” he said in a phone interview on Tuesday.

Loot, a retired police general, said he earlier submitted an affidavit to the National Bureau of Investigation (NBI) in Manila after he was mentioned by self-confessed drug lord Rolando “Kerwin” Espinosa Jr. as among those who received protection money from him.

He has not heard any word from the NBI since then.

“I also went to the Philippine National Police and the Philippine Drug Enforcement Agency, asking these agencies to investigate me, and yet nothing happened,” he said. “Investigate me as if you wanted me jailed or killed. I’m serious because that is the only way to clear my name.”

Like Loot, Rama said he and his family continued to be weighed down by the humiliation they had suffered from the accusations made by no less than the President, even if these were not substantiated.

{What I am going through is too much].

“I’m telling you, I am losing my self-esteem because I am accused of something I have not done,” he said.

Rama said he was dismayed because the accusation remained in the absence of formal investigation.

“What is there to investigate when there is no complaint filed? For me, this is no longer about what we call ‘time heals.’ I believe justice is coming because God would not allow bad things to happen to anyone who is innocent like me,” he said.

“That is why, I am lifting everything to God,” he added.

Rama, who served as mayor of Cebu City from 2010 to 2016, appealed to Duterte to make an effort to find out whether or not the contents of the drug list he received was authentic.

“Before somebody will murder me, the President should take action because if it’s not for his unfair and irresponsible pronouncement, things like these will not come up,” said Rama in reference to a tarpaulin sign that presented him as the next target of an assassination plot.

The sign, which was placed on a skywalk in Barangay Pardo, Cebu City last month, showed a 2016 photo where Rama took his oath as member of the United Nationalist Alliance (UNA) party before the late Albuera town Mayor Kerwin “Daddy Onik” Espinosa, as Vice Mayor Jonnah John Ungab of Ronda town, southwest Cebu looked on.

In the tarpaulin sign, the faces of Espinosa and Ungab – both of whom were killed on separate occasions – were marked with X in red.

Rama’s face, on one hand, was encircled with a spray-painted text that read: “Ikaw ang sunod [You are next].”

The tarpaulin was taken down by Rama’s men immediately after he learned about it.

Rama said he’s not discounting the possibility that there are people who will take advantage of the situation.

“Just pray for me and be ready to deliver a eulogy. We’ll never know what will happen to me,” he said. /atm