Past terror attacks are lessons learned in Davao City 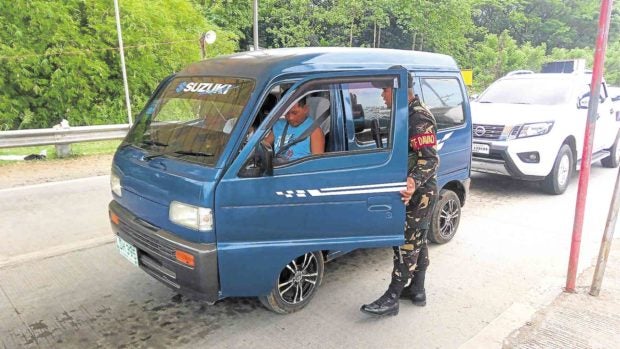 DAVAO CITY — The city started its weeklong celebration of one of its biggest feast, the 81st Araw ng Dabaw, with past terror attacks looming large in the background and tighter security made more visible by long queues at police and military checkpoints.

The weeklong celebration started on Sunday with authorities saying they were not taking any chances.

Senior Insp. Milgrace Driz, Southern Mindanao regional police spokesperson, said the alert status was raised not only in the city but in the entire region because of terror threats.

“That is why we are not lowering our guard,” Dela Rosa told reporters here at the sidelines of a national shooting competition for elite police and military units.

“The region remained under heightened alert status,” said Driz. Police, she added, continued to tighten security to ensure the safety of people in Davao City and the entire region.

The security preparations came as memories of past terror attacks continued to haunt the city.

In September 2016, at least 15 people were killed and 70 were wounded when terrorists bombed the Roxas Night Market.

The attack was blamed on Maute Group, a homegrown terrorist gang that had sworn allegiance to Islamic State (IS) and took part in the failed bid to establish an IS province in Marawi City.

Driz said motorists and commuters should endure the inconvenience of longer lines at checkpoints because inspections were made more stringent due to the weeklong Araw ng Dabaw celebration.

“We are also tapping our other force multipliers,” Driz said.

Mayor Sara Duterte urged residents and visitors to just enjoy the celebration. But she also urged the people to be vigilant to ensure that festivities were not disrupted.

Orly Escarilla, spokesperson for the Araw ng Dabaw feast, said there would be many activities during this year’s celebration because the city government had decided to incorporate events that were intended for December’s Pasko Fiesta but were canceled due to floods and the deadly fire that struck at NCCC Mall.

These included concerts, torch parade, choir competition and other events.

Escarilla said some “slight changes” would be made in the activities “to fit the Araw ng Dabaw theme.”