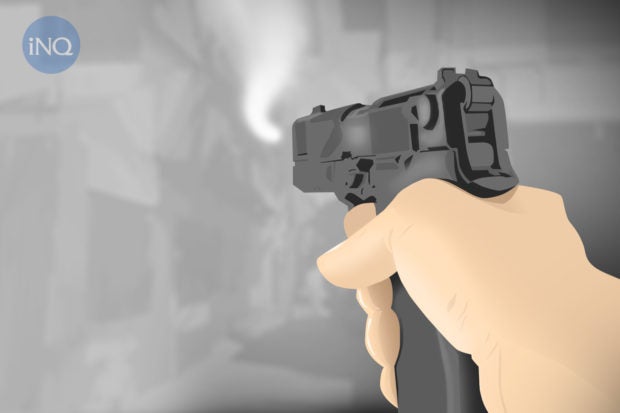 LUCENA CITY – A drunk tricycle driver was killed and his passenger was wounded in a road rage shooting incident here before dawn Sunday.

A report from Quezon police said victims Diego Amante, 48, and Ruben Culinares, 39, were both drunk when they roamed the city on a tricycle at about 12:50 a.m.

During the ride, Amante, who was driving the tricycle, reportedly got irritated by the bright headlight of a motorcycle behind them.

Amante reportedly confronted the unidentified motorcycle rider who ignored his request to turn off or dim his headlight.

Later, Amante allegedly pushed the motorcycle and caused it to fall on the ground. He and Culinares then drove off.

However, the motorcycle rider, who was apprently armed, drove after them and opened fire, hitting Amante in the chest and Culinares in the left side of the stomach.

Amante reported died on the spot while Culinares was rushed to Quezon Medical Center.

Police are investigating the incident as they try to identify and arrest the gunman. /cbb