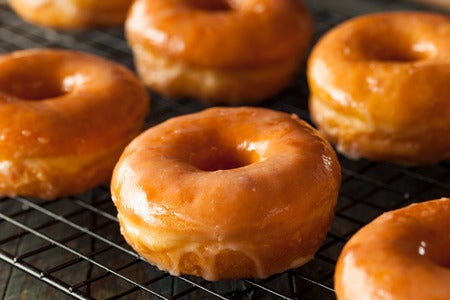 A Filipino woman who lined up with other customers for a donut promo in New Zealand was denied entry into the store by a security guard when he found out she was not a resident.

Christopher Smith and his Filipina partner left their home early in the morning of Feb. 28 to drive all the way to Auckland for the opening of the first Krispy Kreme outlet in New Zealand. The first 100 people in line would be given a free box of donuts.

The two arrived in the Krispy Kreme outlet around 2:30 am, according to the report by New Zealand Herald today. They were 75th in line. The Filipina, however, admitted she wasn’t eligible to participate in the contest because she was not a New Zealand resident.

She instead asked if she could just line up with her boyfriend, but the guard told her to leave, and she was made to wait in the car for almost six hours.

Philippine Ambassador in New Zealand Jesus “Gary” Domingo wasn’t happy with the treatment of Krispy Kreme to his kababayan and expressed his disappointment on Facebook last night, through a post on his page: “Filipinos and Friends in NZ – shall we boycott Krispy Kreme???” 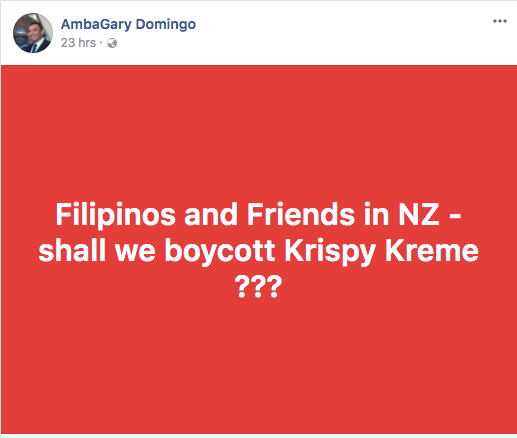 Amb. Domingo, however, didn’t stop there. He took to the official Facebook page of the Philippine Embassy in New Zealand, where he wrote, “Never mind racist Krispy Kreme for Kiwis (KKK) only Donuts! Dunkin Donuts nZ employs Filipinos!”

Apart from this, the ambassador continued to vent his sentiments on his personal page: “Filipinos in NZ… high time for us to make NOISE… we’ve been TOO QUIET as a community.” 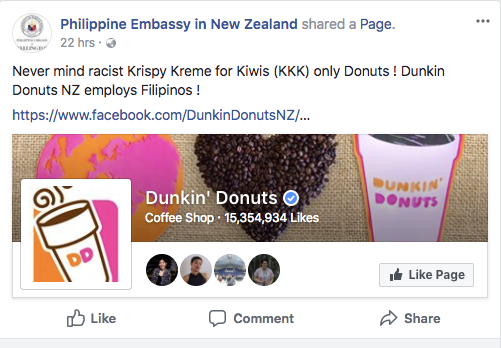 “If Krispy Kreme NZ gives a satisfactory explanation & tase corrective action I will retract. ONLY IF. I affirm that NZ is the best home for Filipinos overseas. The actions of Krispy Kreme NZ run counter to the goodness of Aotearoa. I am not suggesting we boycott KK PHL – but they should DENOUNCE the racial profiling by KK NZ…”

Amb. Domingo added, “Sometimes, Diplomacy requires one to be Undiplomatic.”

It seems his concerns didn’t go unnoticed by Krispy Kreme, too, when he updated his friends today that he was now in talks with the management of Krispy Kreme: “Just spoke with the General Manager of Krispy Kreme NZ, who offered apologies for miscommunications. Will provide updates asap.”

“We are disappointed to have caused any upset with our New Zealand Grand Opening competition,” the statement said. “We would like to apologise to the individuals involved. We are in the process of reaching out to them to rectify the situation.” 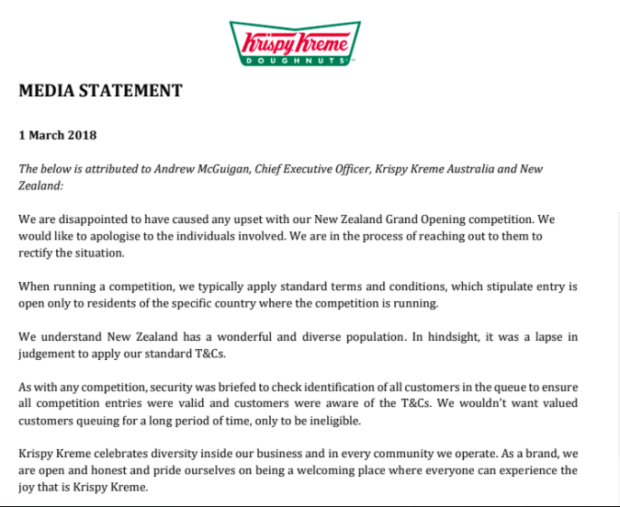 It seems he was pleased with the efforts of Krispy Kreme, too, as he called it a promising start from their end. You just “donut” mess with a man like Amb. Domingo. Cody Cepeda/JB