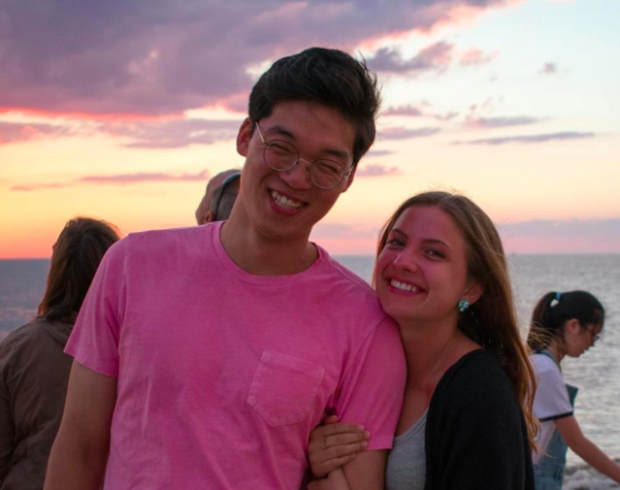 Taco Bell usually comes as a familiar name during those late school-night munchies and road trip pit stops, but recently, the Tex-Mex fast-food chain got embroiled in an issue that far surpassed the typical college student’s dinner selection.

It came to light when In Young “Steven” Lee, an Asian-American first year Ph.D. student at the University of Pennsylvania’s School of Medicine, went to Taco Bell on 1037 Chestnut St. after a fun night out last Friday, Feb. 16. His purpose was simple: he just wanted to grab a late-night snack.

Lee recalled on his Facebook post in Feb. 17 that he usually gives a fake “Anglo” name in restaurants or cafes for convenience. “Our interaction was very ordinary and cordial even,” Lee said of the Taco Bell cashier. “Until I saw my name on the receipt that read ‘STEVE CHINK.’” 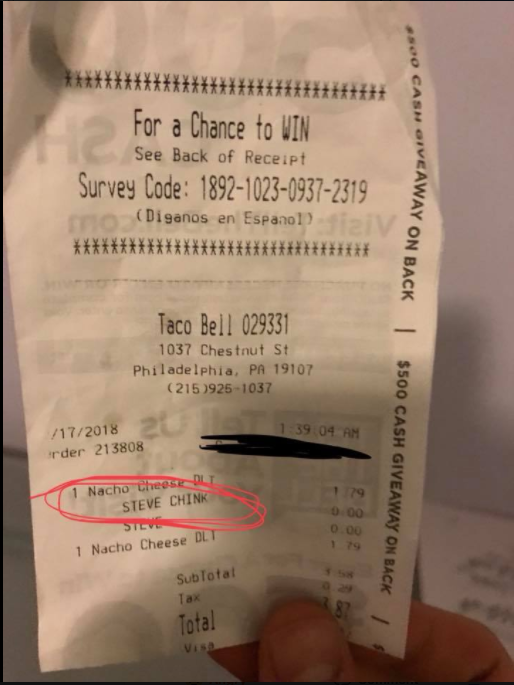 “Chink” is a derogatory and racist slur which refers to a person with Asian ethnicity. Upon seeing the slur, Lee was so infuriated that he confronted the cashier.

“He said that there are three Steves in the restaurant so he needed to differentiate,” explained Lee. “It made me even more upset that he was protecting his case rather than apologizing so I lashed out and told him that it is extremely disrespectful to use such a derogatory slur.”

The cashier, however, didn’t seem to be remorseful for when he got back to the kitchen, he started cracking jokes with his co-workers and used the word “chink” again within earshot.

Lee thus snapped and started yelling at the cashier; the manager approached him to calm him down, but tried to defend the cashier’s actions. That was when the patrons in the restaurant started berating the cashier and the manager, pushing them to eventually apologize for their behavior.

“I thought incidents like this only happen in the news and never expected it to happen to me, but I guess it really does happen in the real world,” ended Lee. “Normally I would let things like this go but under the current political climate I find it very important to address such issues and voice them loudly and clearly.”

As for the cashier, Taco Bell announced in a statement that he has since been dismissed from the fast-food chain following the event, according to the New York Post today. Taco Bell also said they are retraining their staff and the management has reached out and apologized directly to Lee. Cody Cepeda/JB