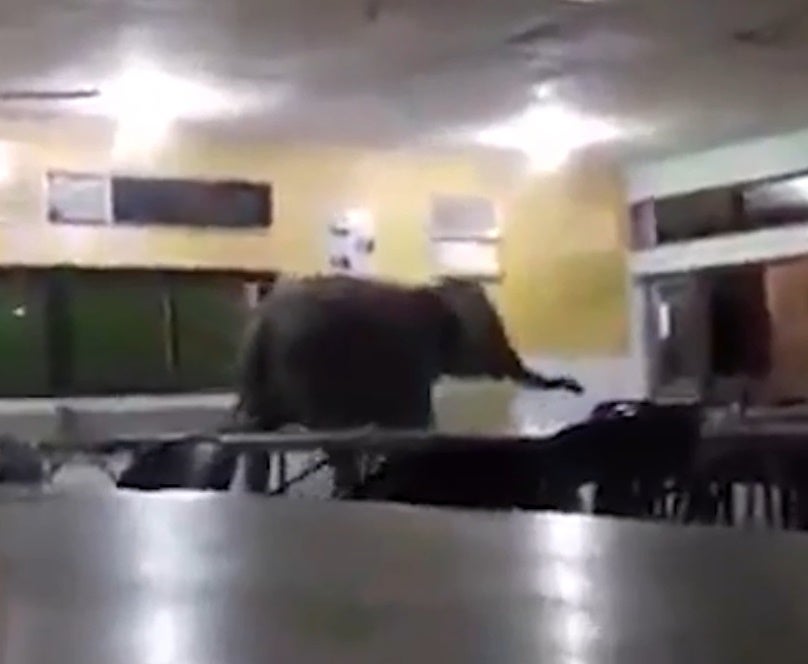 An elephant went into the SMK Telupid canteen in search for food. SCREEN GRAB FROM THE STAR MALAYSIA/ASIA NEWS NETWORK

KOTA KINABALU — The unexpected appearance of an elephant caused panic among teachers and students of SMK Telupid when it sauntered through their school canteen on Thursday morning.

“This morning, an elephant went into the SMK Telupid canteen in search for food, shocking students and teachers,” he said.

On Feb 28, about 10 elephants entered the compound of the Beluran police station after the herd got through the fence, he added.

No one was injured in either incident.

Meanwhile, wildlife rangers have their hands full trying to locate the elephants following reports of them wandering into the police station and school.

Wildlife Rescue Unit veterinarian Dr Diana Ramirez, who is part of the team trying to relocate the elephants back into the forest, said they have been trying to keep the herd away from humans and residential areas for the past month.

“We are still trying to capture more and get the herd away from humans,” she said.

She said they managed to capture four elephants – believed to be the more aggressive ones – about a week ago and these would be translocated soon.

It is estimated that there are about 20 elephants which are terrorizing villagers and wildlife rangers as well as destroying plantations and property.