Spokesperson: Sereno did not meddle in row between House and CA justices 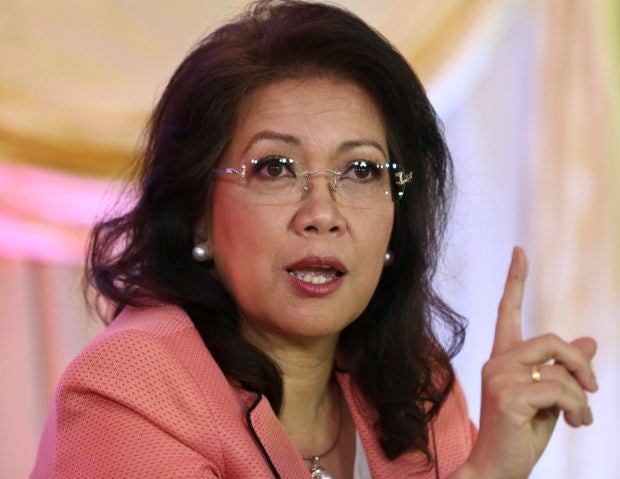 The camp of Chief Justice Maria Lourdes Sereno on Tuesday denied the allegation that she interfered in the dispute between members of the House of Representatives and Court of Appeals associate justices who issued a writ of habeas corpus against six Ilocos Norte provincial employees.

Associate Justices Stephen Cruz, Edwin Sorongon and Nina Valenzuela were the subjects of a show cause order from the House of Representatives for issuing a ruling in favor of the employees.

The so-called Ilocos Six were held in contempt and detained from May to July in 2017 for being uncooperative in the probe on the alleged misuse of tobacco tax proceeds.

In her testimony before the House Committee on Justice, Court of Appeals Associate Justice Remedios Salazar-Fernando said she had been told that Sereno promised to take care of the standoff between Congress and the Court of Appeals.

According to Fernando, then Presiding Justice Andres Reyes told her during a meeting that Sereno and the Supreme Court promised to protect the Court of Appeals.

“The Chief Justice did not advise Justice Reyes what particular legal remedy or petition the three CA Justices should take,” lawyer Jojo Lacanilao, a Sereno spokesperson, said in a statement. “Neither did she assure Justice Reyes of a favorable outcome on such a petition by telling him that she would take care of that petition in the Supreme Court.”

“In fact, when the Ilocos 6 appealed before the Supreme Court to stop the hearing before the House of Representatives, the Chief Justice inhibited herself from hearing and deciding the case,” Lacanilao added. /atm