Bicam on TRAIN: House says no to coal tax hike 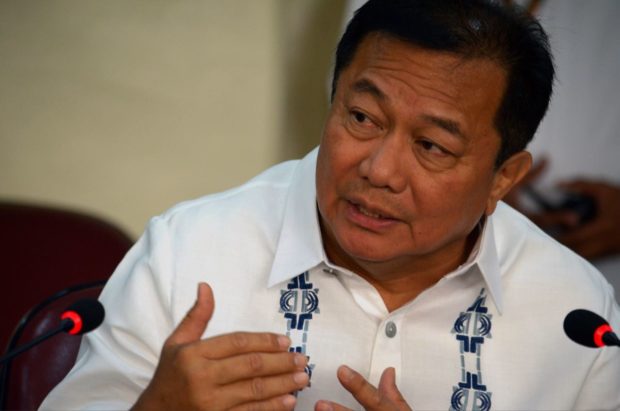 The House of Representatives will not allow the inclusion of the coal tax increase in the Tax Reform for Acceleration and Inclusion (TRAIN) as it will surely increase the price of electricity, according to Speaker Pantaleon Alvarez.

The coal tax is among the contentious issues in the deliberation of the conference committee, which is trying to reconcile the conflicting provisions of the versions of the House of Representatives and the Senate of the TRAIN.

‘‘We will definitely not allow it,” said Alvarez in a radio interview on Thursday on the controversial tax on coal.

“Let us look at this objectively from the point of view of the consumers. If you collect additional taxes on coal, the coal-powered plants may not even complain because they will just pass it on to the consumers,” he said.

Alvarez said it would not take a rocket scientist to know that electricity prices would go up if Congress agreed to impose the new tax on coal and that this would create a ripple effect on the prices of goods and services.

“We’re looking at the welfare of the consumers. We already have the highest electricity rates in Asia. We’re trying to bring it down, but raising the taxes on coal would also increase power rates,” Alvarez said.

He said he and Energy Secretary Alfonso Cusi have held several meetings for the past several months to discuss various ways of lowering power rates.

The House recently approved on third and final reading House Bill No. 1616, exempting the system loss charge component in the sale of electricity by distribution companies and electric cooperatives from the coverage of the value-added tax (VAT).

System loss is the part of one’s electric bill representing the cost of electricity lost during transmission, pilferage, and due to technical and administrative inefficiency, which is passed on to the consumers. Under existing laws it is also subject to VAT, which further drives electricity bills up.

“And here we are coming up with a measure that would increase the power rates,” Alvarez said.

Apart from the expected hike in electricity rates, the coal tax would also hinder the growth of the country’s manufacturing sector, he said.

He also stressed that the Senate insertion of the tax coal tax in the TRAIN ran counter to the constitutional mandate that all revenue measures must originate exclusively from the House of Representatives.