Women in Japan too exhausted to date, says survey 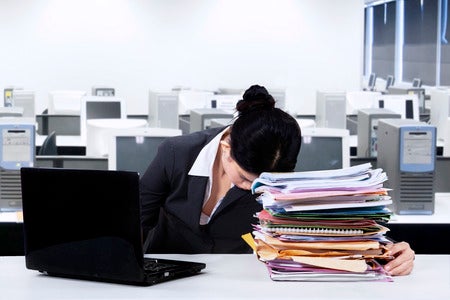 Could some R & R be the answer to boosting Japan’s declining population?

The Japan Times reports that according to a Yomeishu survey, 60 percent of women in Japan are too exhausted to date because of work.

The survey was conducted nationwide among women between 20 to 39 years old.

For those who do score a date, too much work also has negative effects.

The survey found that 25 percent of women have fallen asleep during a date.

Fatigue was cited as a factor that makes romantic feelings fade away, causes them to be easily irritated with a loved one, or even starts fights.

Already overworked, women reportedly do not want to add to their stress with going on dates that don’t promise a lasting relationship.

But while they don’t want to go on dates, women do want to get married. According to a website survey from cocoloni.jp, 80 percent want a husband or stability. A wedding that would look impressive on social media was also preferred.

Overwork has plagued the country for decades that the Japanese even have a term for it: “karoshi.”

And since women have entered the workforce, both sexes experience immense stress from their occupations.

In 2013, 31-year-old journalist Miwa Sado died of heart failure after logging 159 hours of overtime in one month.

More than a spa day, it seems the citizenry’s work-life balance urgently needs to be addressed. Niña V. Guno/JB