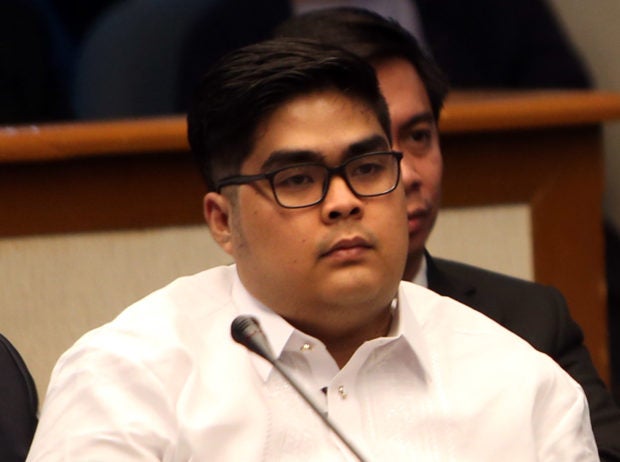 University of Santo Tomas (UST) law student Horacio “Atio” Castillo III was already inside the vehicle to be rushed to hospital but was unloaded again to give a member with medical background to revive him, a former official of the Aegis Juris Fraternity who turned state witness recounted in his affidavit.

Marc Anthony Ventura, in his six-page affidavit, said that those present at the fraternity library during the final initiation day for Atio were the following:

Ventura said there are several stages that one has to go through before becoming a “brother.”

The first stage is a week of service. Part of this one-week process, according to Ventura, is the orientation of the neophyte. He will also be interviewed who recruited him, what drives him to join, why he wants to be part of the fraternity.

On the first three days, he will also be required to wait for members and do errands. Then, Ventura said it will be the call of the Master Initiator (MI) to determine if he can move to another phase – the psywar and slapping when the neophyte gives the wrong answers to questions asked by members.

The last day of the one-week service will be the final rites.

Final rites will be the second stage of the initiation before becoming a fraternity member.

While preparing for the final rites, Ventura said he even ordered Atio to watch the “baby shark” dance on his mobile phone and remember the steps because that would be his presentation.

At around 11 p.m. of Sept. 16, Ventura said Ged Villanueva, Bose, Salamat, Roque, RR Magbuhos, Ramos and the unidentified female prepared the videoke set. He said some members drank and used the videoke to drown out the noise of the final rites.

The final rites kicked off at 2 a.m.  with a prayer in hopes that nothing could go wrong. It has five stages—punching, presentation, test character, begging and the paddling.

Atio emerged “duck walking.” He was also ordered to do some stretching.

Then, the punching on his arm started. Ventura said Atio was being struck to the arm while singing the “Aegean Hymn.” Around 10 members participated in the process. The punching continued until “puputok na” – meaning his arms swelled and turned black and blue. Then, the members began using the wooden spatula to reduce the swelling.

After the punching came the presentation of the “baby shark” song-and-dance number.

Then, during the “test character” stage, the members, Ventura said, have shown a glass filled with the saliva of all the Aegis Juris brothers present and Atio was asked to drink it once he was blindfolded. He said before ordering Atio to drink it, they switched the glass with one containing egg whites.

Past 5 a.m., Ventura said Atio was responsive but appeared exhausted. They marked the part that would only be hit with a paddle. Then he was asked to bite to a towel.

Ventura said Atio stumbled on the fourth hit – and collapsed on the fifth. He said Atio made unintelligible response and moaned in pain.

They sat him up, let him smell ammonia and checked his pulse. Ventura said their Grand Praefectus (GP) told them to let Atio relax.

However, after 15 to 20 minutes, he remained unconscious.

“We were told not to panic,” Ventura said, adding that the GP was talking to someone on the phone. Then they  dropped melted candle wax on his chest and feet to see his response. He was motionless.

But at around 6 a.m., Ventura said they already placed Atio’s body into Trangia’s pick-up but the GP told them to bring Atio’s body back to the library because someone would try to revive him.

Then came John Paul Solano who immediately gave Atio  first-aid treatment, checked his pulse, did a CPR and mouth-to-mouth resuscitation.

But Ventura said Solano told them Atio should be brought to  hospital because his pulse was dropping and “parang nasa borderline na.” It was only then that Castillo was brought to the Chinese General Hospital where the neophyte was declared dead on arrival.

According to Ventura, the GP is Balag, Chan is the Secundus Internus, Abulencia is the Secretary, Onofre is the treasurer, Robiños is the Auditor, Trangia is the Sgt. at Arms, Macabali is the PRO, Hipe is the Master Initiator and Leo Lalusis as the Secundus Externus.

A complaint for murder and violation of the Anti-Hazing Law, robbery and perjury has been filed before the Department of Justice. It is undergoing preliminary investigation./ac