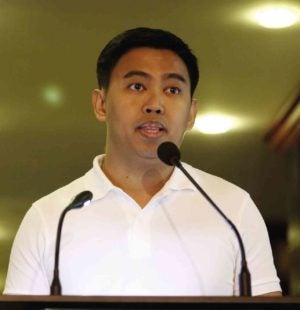 The Sandiganbayan Third Division has denied the appeal of dismissed Makati Mayor Jejomar Erwin “Junjun” Binay Jr. for being “pro-forma,” and thus, ordered his arraignment for graft and falsification of public documents over the alleged anomalous procurement of the P2.2 billion Makati City Hall parking building.

In a resolution promulgated September 25, the anti-graft court said that the motion for reconsideration filed by Binay Jr. is “devoid of merit” and that the arguments raised by the respondents “are mere rehash of the arguments they raised in their respective motions for judicial determination of probable cause.”

The court said the allegations in the information filed by the prosecution are enough to sustain its earlier finding of probable cause against the respondents.

On top of these charges, Binay Jr. is also facing fresh charges of malversation, graft and falsification of public documents together with his father, former Vice President Jejomar Binay Sr., likewise in relation to alleged overpriced Makati parking building. The Sandiganbayan recently found probable cause in this latest complaint, and had set arraignment on September 29.

The graft court said there was no need to issue warrants of arrest against the Binays since both had already posted bail for their temporary freedom.

In 2016, Binay Jr. was conditionally arraigned for the charges even before the finding of probable cause against him, in order for the court to rule on his travel motion.

The two Binays have also been indicted by the Ombudsman for separate charges of graft, and falsification of public documents charges for the allegedly anomalous procurement in the construction of the P1.3-billion Makati Science High School building.