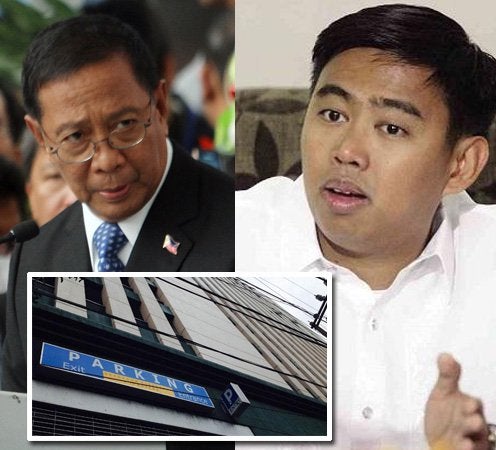 The Sandiganbayan Third Division has found probable cause to try dismissed-Makati mayor Jejomar Erwin “Junjun” Binay Jr. for graft and falsification of public documents over the anomalous construction of the P2.2 billion Makati car park building.

In a resolution promulgated April 18, the anti-graft court said there was probable cause to try Binay Jr. for falsification and graft raps because he was then the head of procuring entity (HOPE) who had the duty to evaluate the documents submitted to him by the Bids and Awards Committee.

The court said there was basis to proceed with the trial of Binay’s six counts of falsification of public documents, noting that the invitation to apply for eligibility and to bid (IAETB) allegedly falsified in the Balita newspaper seemed to be superimposed on a Sudoku game printed in the same issue of the newspaper.

“Instead (of the IAETB), a Sudoku Loco game is printed in the same location where the IAETB appears in the accused’s copy. After the said examination, the Court agrees with the finding of the Ombudsman that the purported IAETB seems to have been merely superimposed in the copy of the said newspaper,” the court said.

The court also threw out Binay’s defense – that a newspaper is a private document and thus he should not be liable for falsification – as “erroneous,” noting that the newspaper attained a public character when it became part of the bidding records of the Makati car park building.

“The court finds that the aforesaid circumstances are sufficient to establish the likely presence of the elements of falsification,” the court said.

The court also said Binay was liable for falsifying the Bids and Awards Committee Resolution which said there was an invitation to bid published in a newspaper, because he had the “legal obligation” to prepare and issue BAC resolutions.

The court also found “no merit” in Binay’s claim that he was neither a signatory nor author of the said documents, noting that his duty as the HOPE on the approval of BAC resolutions was “not ministerial.”

“In any case, the presumption of authorship of falsification is equally applicable to him as he is charged in conspiracy with his co-accused,” the court said.

As to the probable cause to try him for his two counts of graft, the court observed that Binay Jr. approved the BAC resolution on the same day it was issued by the BAC on Aug. 2011, and that the contract was awarded to  Hilmarc’s Construction even though it failed to post a performance security.

These circumstances, the court said, “only serve to buttress a finding of probable cause.”

These are all violations of audit circulars on the documentary requirements for common government transactions, the court said.

In sum, the court said the documents only showed that Binay Jr. and his co-accused have probably committed the falsification and graft charges, and that the prima facie records of the case only showed that the bidding for the Makati car park building was rigged.

“Based on the court’s evaluation of the record of these cases, it appears prima facie that the rigging of the bids for the said infrastructure project… without the necessary supporting documents would not have been accomplished without the active participation and/or cooperation of the herein accused-movants of the city government of Makati…” the court said.

Since most of the accused have posted bail, the court no longer issued warrants of arrest which have been rendered moot and academic.

Binay’s first graft charge involved the contract for Phase IV of the construction with Hilmarc’s despite the absence of the project’s accepted and approved plans and specifications, as well as the failure of Hilmarc’s to post its performance security.

He also approved the release of the P649.2 million for the contract to Hilmarc’s even though the accomplishment report was baseless and the supporting documents had deficiencies.

His second graft charge involved the contract for Phase V of the project.

Binay released a P141.6 million payment for the contract to Hilmarc’s even though the accomplishment report was baseless and the supporting documents had deficiencies.

His charges for falsification of public documents, meanwhile, stemmed from his alleged role in falsifying a July 7, 2011, issue of Balita newspaper as well as an affidavit of publication to make it appear that an invitation to apply for eligibility and to bid was published.

Binay was also accused of falsifying the bids and awards committee resolution which said there was an invitation to bid published in a newspaper; there was public bidding; and there was only one bidder (Hilmarc’s), when in fact none took place.

He was also charged of falsifying a publisher’s affidavit pertaining to the publication of an invitation to bid for the construction of the building when in fact the publisher had denied executing such affidavit.

Binay had been ordered dismissed and perpetually barred from public office by the Ombudsman over the administrative offenses of misconduct and dishonesty in connection with the anomalies surrounding the Makati car park building.

On top of the charges, Binay was a co-accused in the malversation and graft charges of his father former vice president Jejomar Binay Sr.

Binay Sr. recently asked the court to modify the terms of its conditional arraignment against him. He has asked the court for leave to travel to Israel for a spiritual pilgrimage. Binay Jr. was supposed to join but he backed out to take care of his children. CBB

Binay seeks to modify his conditional arraignment in carpark case